An American Treasure: Donny Most

From a middle class home in Brooklyn, to a teenaged Hollywood star, Donny Most is a legend. And–unlike stars who made it big when they were young, Donny Most not only survived, but thrived. His current career is bigger and better then ever, with not only further new accomplishments in television and film as a beloved actor, but now, also as a writer, producer, director, and singer. 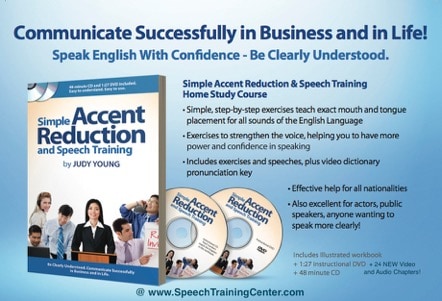 From Happy Days and Beyond

Captivating audiences and fans around the nation with his heartfelt renditions of classic cuts from the jazz, blues, and big band era, Donny Most brings back an era and style of music not far off from that legendary show that cemented his stardom itself–Happy Days. Starring as the handsome,  quick witted, red headed Ralph Malph, that everyone in America and beyond couldn’t help but to love, Donny admits that he was and is nothing like his famous character.

As a child growing up in Brooklyn, New York, Don Most wanted to be just like the entertainers in his favorite film, The Jolson Story. While in junior high school, he committed to the professional study of not only acting, but also singing, and dancing.  At the young age of just fifteen, he got his first big break as part of a teenage musical revue that played the famous “Borscht-Belt” circuit of New York’s Catskill Mountains.

A Star is Born

Just five years later, at the young age of twenty, Donny Most landed the role of a lifetime, forever cementing himself as a TV pop icon,  when he landed the role of Ralph Malph on the new television pilot Happy Days. Originally a role written as a small part for a stock, jock character, Happy Days’ Director Jerry Paris and Executive Producer Garry Marshall were so impressed by Donny’s charisma and natural comedic timing, they rewrote and expanded the part, transforming Ralph Malph into the beloved class comedian that won the hearts of America; and later the world.

After years of working in front of the camera, Donny realized his life-long ambition to direct with his first feature, The Last Best Sunday, in 1999. That film premiered at the Seattle International Film Festival, winning  Best Feature at the Telluride Indie Fest. His  second film, Moola, starring Tom Cruise’s brother William Mapother and Shailene Woodley, earned the Outstanding Achievement in Directing Award at The Newport Beach Film Festival in 2007. In 2011 Donny directed his first family film, Harley’s Hill, which premiered on Showtime, Starz and Encore.

Throughout his legendary career, his dream of returning to his early musical days stayed strong.  Inspired by his love of swing, jazz and big band music, he created the musical revue “Donny Most Sings,” and Swings. The show debuted in Los Angeles at Catalina’s Jazz Club in Hollywood, and Vitello’s Jazz Club in Studio City to great acclaim.

Don Most married actress Morgan Hart in 1982 after meeting on the set of Happy Days. The beautiful couple  have two daughters, Madison and Mackenzie, and live in Los Angeles, California.

Tune in back here next week for Part 2 of the exclusive interview with Donny Most!

Feeling the Matriarchy with Aizhan LighG