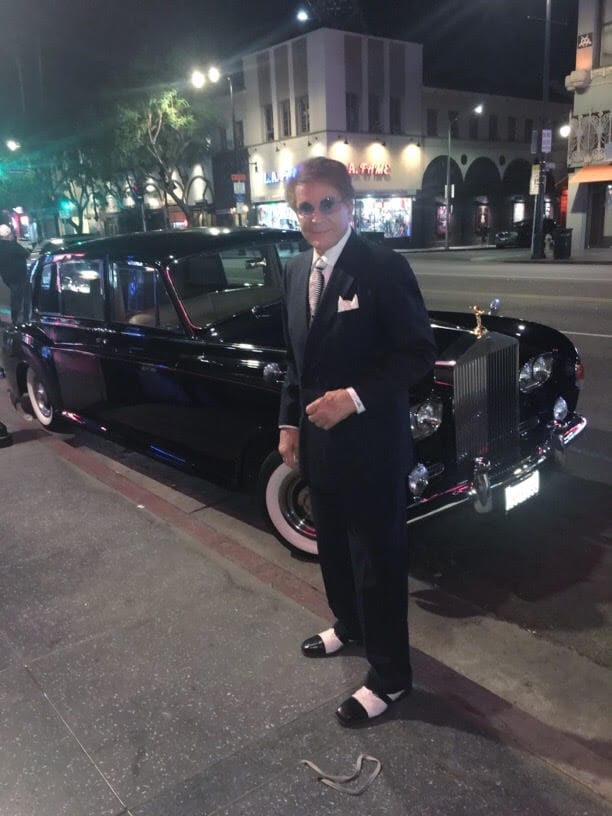 An ordained minister; ministering to the homeless on skid row in Los Angeles, and to those men and women in some of the worst prisons in the country throughout the United States, Mel Novak is a Hollywood legend to all;  and simply like an angel to many of those who know him best.

A Mission to Save

As noted in his official biography, “For the past 36 years, Mel has faithfully ministered on the streets of L.A., and in the chapel services at the Union Rescue Mission, Fred Jordan Mission, L.A. Mission and the Long Beach Rescue Mission. Mel has also ministered at prisons for 35 years, in penitentiaries from San Quentin and Pelican Bay in California, to New Jersey, New York, Pennsylvania, Florida, Alabama, Texas, New Mexico, Arizona, Nevada, Washington, and Oregon.”

Mel Novak states, “I have done over 9,000 services and over 180,000 have accepted God’s precious gift of salvation through grace, by receiving Jesus Christ as their Lord and Savior, and  rededicating their lives. (Eph. 2:8) Jesus sets the captives free (Isaiah 61:1) and by his stripes they are healed (Isaiah 53:5) spiritually, mentally, emotionally, and physically.”

As his biography also states, “Although Mel believes that Christ heals more important things than bodies, he has personally experienced God’s miraculous healing power.”  Mel states he has had 28 surgeries, and says, “I should have died 7 times, but God had another plan for me!”  He references Jeremiah 29:11-13 from The Bible.

A native of Pittsburgh, Mel was an outstanding athlete in several sports. He states he passed up 60 football scholarship offers and signed a pro baseball contract with the Pittsburgh Pirates. His career was cut short by a massive rotator cuff injury. Despite the pain and setback from his injury, Mel says he learned even more clearly “that God works all things together for the good of those who love him and for those called according to His purpose.”  He references Romans 8:28.

“I preach Christ Crucified at Chapel services in prisons and penitentiaries around the country and have been doing so for the last 35 years,” Mel reveals. He adds, “Many are Level 3 & Level 4 (Maximum Security with some on Death Row). There are times that I minister in the “yard ” as well as one on one from cell to cell. When I started out in Prison Ministry, there were 750,000 men & women in prison… today there are 7 million incarcerated & 14 million on parole. The ones who are released and pray the “Arsenal Prayer ” DAILY have not returned. To date over 1,000,000 people have received the Arsenal Prayers.”

Mel says, “For 36 years I have ministered at the 4 Skid Row Missions in L.A, doing Chapel services, Bible Studies on Spiritual Warfare, counseled & prayed with and for multitudes. I also minister on the streets, and have been giving Bibles out of my car trunk for over 34 years. In addition I have given out over 300,000 Bibles and over 3,000 pairs of reading glasses.”

Mel states, “I will go anywhere the Lord opens a door to preach His word. I ask for expenses but do “not” have an honorarium. In the prisons they call me “machine gun ” because I back up everything I say with 1, 2, or 3 verses of scripture. Preaching in a church is like going on a picnic, as my ministry is behind enemy lines.”

Mel has starred or co-starred in fifty feature films. Most well  known for Bruce Lee’s “Game of Death,” his other films include Jim Kelly’s “Black Belt Jones,” Brynner’s “The Ultimate Warrior,” Steve McQueen’s “Tom Horn” and Chuck Norris’s ‘Eye for an Eye.”

Mel also did two movies with acclaimed Director Garry Marshall. Mel will be starring in an upcoming movie to be released in 2019 called “Robo Woman.”

Having died 23 times on screen, Mel says he says happily “I get what I deserve in the end. The Lord’s justice is very much like that.” Mel Novak is a member of the Academy of Motion Picture Arts and Sciences.

Listen to our following interview with screen legend, and spiritual warrior and humanitarian Mel Novak, exclusively for the Hollywood Sentinel here below:

Where Is Your Manual For Life?