The importance of good sleep can never be underestimated. Lack of proper sleep can lead to obesity, depression, memory and concentration problems, car accidents, poor judgment, disease, and more.

We’ve all heard the recommendations for better sleep: turn off your devices before bed, don’t go to bed until you’re sleepy, avoid caffeinated beverages, don’t drink or eat for a few hours before bed, keep a regular sleep schedule, take a warm bath before bed, and keep your bedroom a cool, comfortable temperature.

What many people who struggle with daytime sleepiness and quality of rest never discover is that they have a sleep apnea.  Case in point: I once worked with a man who would fall asleep at his desk, his head in his hands. I asked him if he had been checked for sleep apnea. He said he had done a sleep study, been diagnosed with sleep apnea, and never bought the CPAP.* He figured the sleep study people would make a profit off of the CPAP and that they had a conflict of interest. (See: sleep deprivation and poor judgement.)  While such instances are rare, mortality rates for untreated sleep apnea are higher than the general public.

If you don’t know what a sleep apnea is, it means that one gets woken up at night because they stop breathing in their sleep. When that happens the heart rate goes up as one struggles for oxygen. Eventually they wake up, briefly, and then fall back asleep. Four hours of non-interrupted sleep are required to go into REM sleep, but if you keep waking up for a few seconds at a time, those cycles are interrupted. The apnea can be caused by weight gain, when there’s too much fat around the throat and it closes up. Or it can be caused by the brain. Or, in children, it can be caused by tonsils or adenoids that are too large.

The crazy thing about sleep apnea is that 90% of people with a sleep apnea will never get treated. That’s millions of Americans each year, and God only knows how many car accidents, ineffective anti-depressant prescriptions, disease, and bad decisions are the result of those millions of untreated sufferers.

You would think that doctors would be proactively screening for apnea and encouraging their patients to do sleep studies. In my experience, it was just the opposite. My insurance company did everything they could to prevent me from getting a sleep study.   I want everyone to know how important it is that we raise awareness of sleep apnea and get the millions of untreated people the help they need. You could save a life!

The CPAP machine forces air through the nasal passageways so that when the pauses in breathing occur, there is still oxygen going into the lungs. Sure, lots of people have a hard time getting used to the devices. There are also dental guards that work too by manually keeping the airway open.

I can’t think of any other physical condition with so many implications on other areas of health that is so under-treated. Symptoms can include fatigue, depression, obesity, snoring during sleep, night terrors and night mares, and a general sense of drowsiness / spaciness.  Even chronic pain can be exacerbated by poor sleep.

If you or someone you love may have a sleep apnea, talk to your doctor! Don’t delay, and don’t give up if they don’t help you. Be your own advocate and stand up for yourself. Spread the word. Ninety percent untreated is unacceptable. But, together, we can change the statistics. 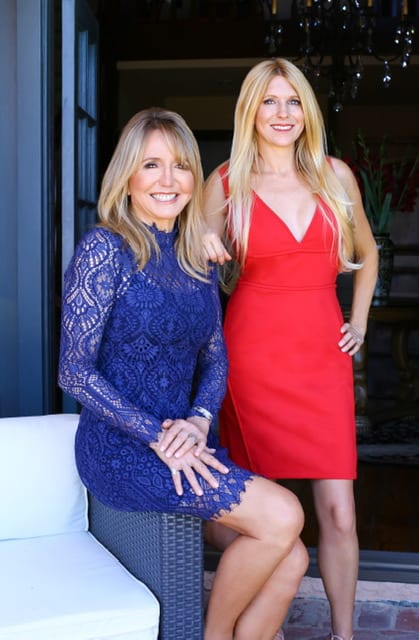 A part of being healthy is having a healthy social life, love life, and sex life.
Many people get lonely around the holidays because they realize they don’t have someone to share the end of year celebrations with.  When it’s all said and done, it’s not about presents and material things, but having a special someone to help you reflect on your year and ring in the new one. Elite Connections reviews are full of happy couples that have found someone to go to those family dinners and New Year’s parties with. With the help of the best matchmakers, you can be one of them, too! Our Elite dating service will help find you many suitable bachelors and bachelorettes to kiss under the mistletoe. Here are the steps to help you find the priceless gift of love:
1. Register for the dating agencies:

Swiping through dating apps and meeting in person just isn’t working anymore. Luckily, we have the best matchmakers to do all the work for you! Signing up for our Elite dating service guarantees that you will be set up on dates that are meaningful and full of potential.

2. Always be positive with your thoughts:

There are many Elite Connections complaints from people that have had to unfortunately spend holidays alone. These bad memories make the holidays a difficult and troublesome time to navigate for many singles. However, if you focus on the past then you are denying the possibility of romance in the present! Being hopeful and optimistic will not only make you feel better, it is also incredibly attractive. When you think positively, you attract more positivity!

Traveling back to your hometown for the holidays means you get to reconnect with family and old friends alike. You never know if your high school crush might finally admit that they liked you back then, too, and it could finally turn into something now! Reaching out to your old friends might help you meet new people and bring you closer to the one.

4. Accept invitations and watch out for the best:

Your perfect partner is not going to knock on your door asking for you. You need to get out there and look! Accept party invitations and be social; at least for now on Zoom or similar. This increases your chances of meeting someone interesting and compatible with you. Our Elite dating service will help set things up for you if you don’t know where to start.

5. Old wounds are to be healed up:
Elite Connections reviews report that couples take the holidays as a time to reflect and be grateful for their relationship. Whatever happened that year that might have hurt is less important now that you’ve made it through and are still together. If you’re single, you can also take this time to forgive the past and make room in your future.
6. Make resolutions:

Make love a priority! Put it on your New Year’s Resolution list so you can have in mind that you are actively trying to find your life partner.

Some Elite Connections complaints are from people who didn’t make love a priority in their life and ended up alone because of that. By making love part of your resolutions you are putting importance in finding love, and once the best matchmakers find your soulmate you can keep love as a resolution to make sure you keep it.

We know it’s scary to try new things and put yourself out there, but if you never try you will always fail. The Elite dating service makes sure that it’s an easy and comfortable process meeting someone new.

With the holidays fast approaching, you’ll want to contact the best matchmakers now!

Bruce Edwin gives free advice to aspiring models, actors, bands and singers here at The Hollywood Sentinel. Contact Bruce at the front of this site, or call 310-226-7176, and your question and answer to it may be published for the world to hear and see.

Should you get botox or plastic surgery? This audio clip here by model and talent manager Bruce Edwin gives you his opinion of should you, or shouldn’t you.