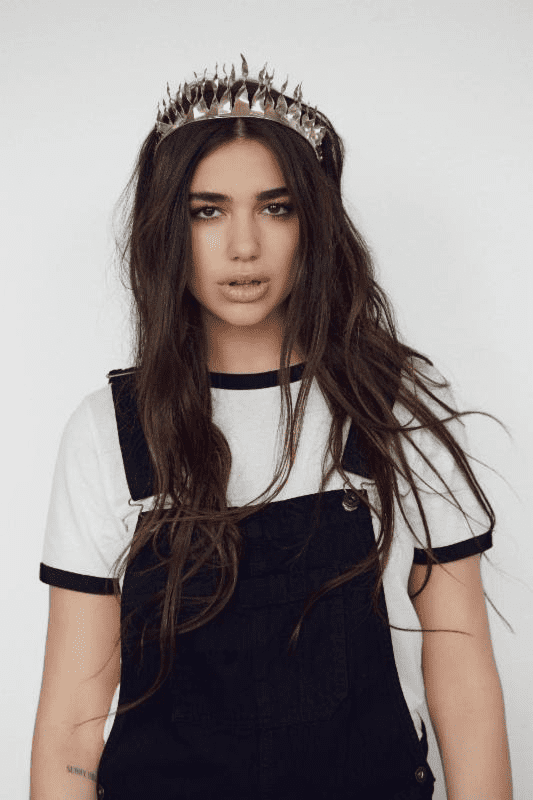 A double Grammy nominee and four-time 2019 BRIT award nominee; Dua Lipa is not merely another beautiful pop star.  With infectious songs blending all from pop, dance, electronic, and more, and a dynamic, searing voice and technique quite unlike any other, Dua Lipa is  a phenomenal talent, and one of the greatest new artists of our time.

October 19th 2018 marked the release of Dua Lipa – Complete Edition– a new extended version of her debut album that includes her collaboration with Silk City (Mark Ronson and Diplo) “Electricity”, the global hit “One Kiss” with Calvin Harris, her previous collaborations with Martin Garrix and Sean Paul, fan favorites from her live show “Want To” and “Running”, and the brand new song “Kiss and Make Up” with K-pop stars BLACKPINK.

After a year of #1 hit singles, sold out shows and record-breaking streaming figures, Dua Lipa has become the biggest breakout artist in the world.  Dua is the #1 most streamed female artist on Spotify, and is the first and only female artist in history to have 4 lead songs with over 500 Million Spotify streams. This summer she spent 8 weeks at #1 in the UK with her million plus selling hit “One Kiss” – the most weeks at number one for a female artist this century. Dua is also the youngest solo female artist to ever reach 1 billion views on YouTube for her smash hit single “New Rules”, which spent a record breaking 45 weeks on the U.S. pop songs chart.

Already collecting major accolades last year at the top of 2018, Dua scooped up two BRIT Awards after being nominated in five categories, the most nominations for a female performer in the history of the BRITS, performed to 85 million people at the UEFA ChampionsLeague final and has sold over 3 million albums (with more than 1 million albums sold in the U.S.) and 32 million singles worldwide. 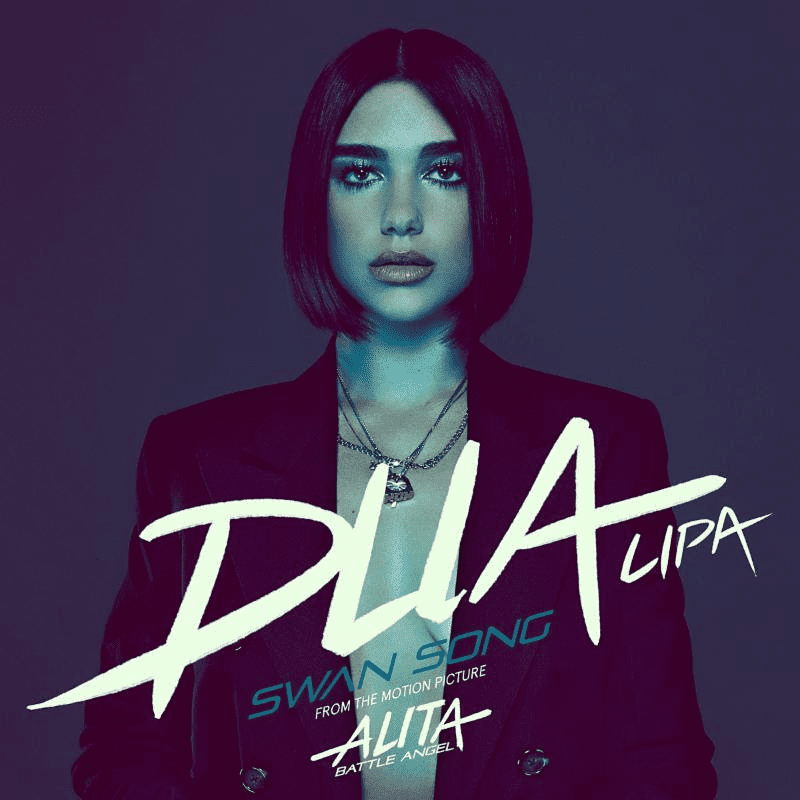 The video, directed by Floria Sigismondi, places Lipa on the treacherous streets of Iron City in the middle of Alita’s world. Floria said of the video “While in the film Alita is quite literally on a journey to discover who she is, her story serves as a really powerful allegory for any girl who doesn’t yet know her own power. I wanted to play with that same profound notion by dropping Dua into a facet of Alita’s world and allowing Alita to serve as a surrogate that leads her on a journey to discover she’s stronger than she ever could have imagined.” 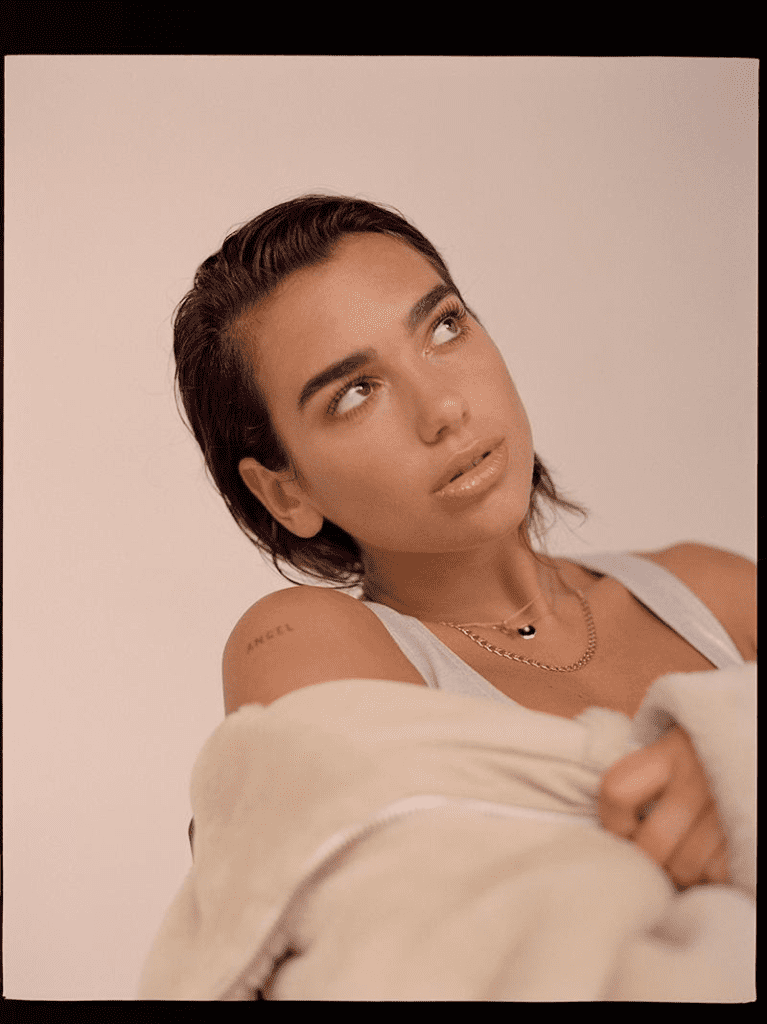 The song, co-written by Dua Lipa along with Justin Tranter, Kennedi Lykken, Mattias Larsson, Robin Fredriksson, and Tom Holkenborg, follows a whirlwind year of breaking records for Lipa. For the majority of 2018 Dua was the most streamed female in the world on Spotify. Her power anthem and worldwide hit “New Rules” broke the long-standing record for consecutive weeks on the Billboard Pop Songs chart. The Track “One Kiss,” her collaboration with Calvin Harris, became the biggest selling UK single of 2018. She made BRIT Award history by becoming the first woman artist to pick up five nominations last year, taking home the awards for British Breakthrough Act and British Female Solo Artist. Dua has sold over 40 million singles and over 3.4 million albums worldwide.

Alita was always about recombining contrasts—the battle and the angel, the real and the digital, and also the styles of Rodriguez and Cameron. For one of the stars of the film; Jennifer Connelly, the final film is a union of both filmmakers’ sensibilities. “You have the epic scale of fantasy that we all associate with Jim but also the playfulness, sense of fun and a little bit of the subversiveness and dark humor of Robert,” she says.

Upon viewing the finished print of Alita: Battle Angel, its originator, Yukito Kushiro, could not have been more effusive. “I wanted to become a movie director and make fantastic films when I was a child. Though I was not able to realize that dream, I was able to pursue a career as a manga artist. So now seeing my manga series turning into this brilliant film, Alita: Battle Angel, is a dream-come-true for me. The visuals, the characters, the storytelling – all the factors that make this film are fantastic! I can see the passion, love and respect for my work in the film. It makes me feel that I would actually want to live in the Iron City! And I would very much love to see more Motorball scenes!” 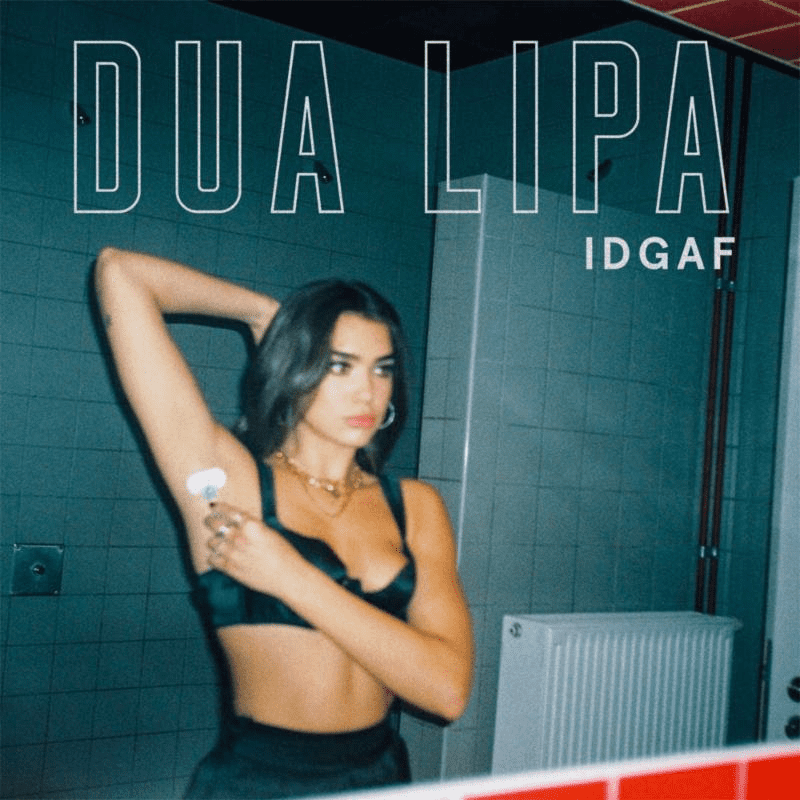 “From the moment we saw her video for ‘New Rules,’ we knew that Dua Lipa would be the perfect artist to do a song for ALITA: BATTLE ANGEL,” commented Producer Jon Landau. “She has the (…) strength, power and attitude in her performances that Alita embodies in the movie. Jim, Robert and I are thrilled to have her onboard and are confident she will make ‘Swan Song’ the perfect inspiring and empowering anthem for our film.”

One of the last layers of creation added was the music, including the brand new single “Swan Song,” co-written and performed by double Grammy® nominee Dua Lipa.

Regarding how Alita inspired her, Dua Lipa states;  “I am intrigued at both Alita herself, and the amazing team of creators that came together to make this movie possible. I see a little of myself in her, in both her (tough) spirit and our shared haircut. Alita is all about empowerment and standing up for who you are, which are two things that resonate with me.”

This content is copyright 2019, with kind courtesy of the office of publicity for Dua Lipa and Warner Bros., all rights reserved.