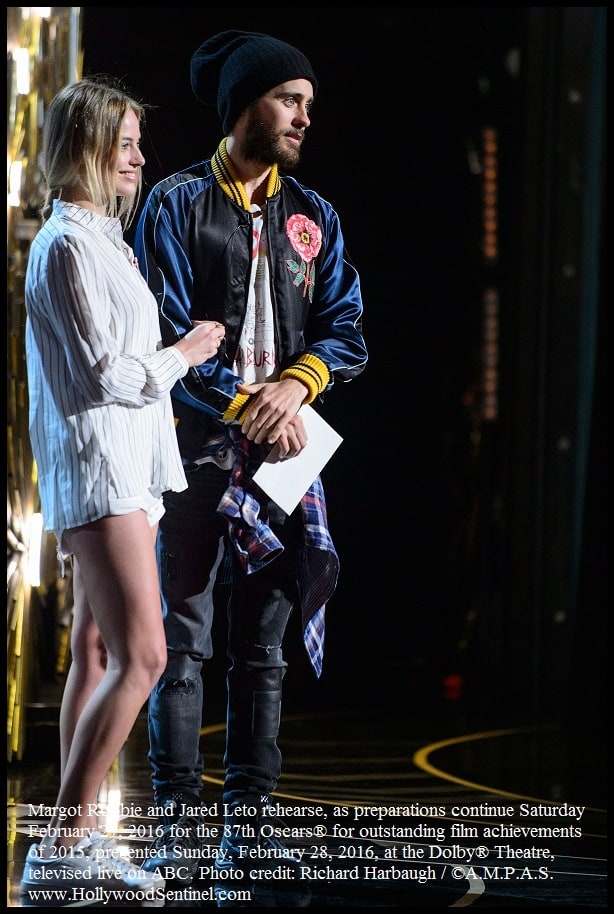 We all know how 30 Seconds to Mars frontman and Award winning Actor Jared Leto has it rough. When he’s not being a rock star touring the world, he’s being a movie star, or simply just hanging out on stage during rehearsals for the Oscars in his chill wear striking a pose.  Of course, he’s got a babe on his arm that just so happens to be Australian actress Margot Robbi who made her big American film debut in those very ‘R rated’ sex scenes with Leonardo DiCaprio in “The Wolf of Wall Street.”

This content is copyright 2016, The Hollywood Sentinel, for subnormal magazine, all world rights reserved.