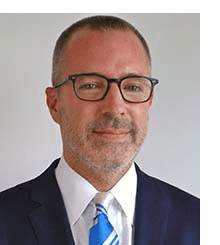 Deutch recently starred in the feature film “Before I Fall.” Her credits include “Rebel in the Rye,” “Why Him?,” “Everybody Wants Some!,” “Dirty Grandpa,” “Vampire Academy,” “Beautiful Creatures” and the upcoming “Flower,” “The Year of Spectacular Men” and “Set It Up.”

Mbatha-Raw most recently starred in “Beauty and the Beast” and the television series “Black Mirror.” Next she’ll be appearing in “God Particle” and “A Wrinkle in Time,” both scheduled for release in early 2018. Other credits include “Miss Sloane,” “Beyond the Lights” and “Belle.”

Santoro currently stars in the HBO series “Westworld” and recently completed work on the Cuban feature film “1989.” His other feature credits include the critically acclaimed “Heleno,” “The 33,” “Focus,” “300: Rise of an Empire” and “Love Actually.”

An actor, producer and screenwriter, Vaughn is widely known for his leading roles in “Hacksaw Ridge,” “Wedding Crashers” and “Dodgeball: A True Underdog Story.” His other credits include “The Internship,” “The Break-Up,” “Into the Wild” and “Mr. and Mrs. Smith.” Most recently he starred in “Brawl in Cell Block 99.”

Earlier this month four individual screenwriters and one writing team were selected from 7,102 entries as winners of the 2017 Academy Nicholl Fellowships in Screenwriting competition. The winners are (listed alphabetically by author):

Each of the winners will receive a $35,000 prize, the first installment of which will be distributed at the Live Read event. Since 1986, 152 Nicholl fellowships have been awarded. Fellowships are presented with the understanding that the recipients will each complete a feature-length screenplay during their fellowship year.

Admission to the 2017 Academy Nicholl Fellowships in Screenwriting Awards Presentation & Live Read is free. Advance tickets are recommended, and are available here.

The Academy of Motion Picture Arts and Sciences is a global community of more than 8,000 of the most accomplished artists, filmmakers and executives working in film. In addition to celebrating and recognizing excellence in filmmaking through the Oscars, the Academy supports a wide range of initiatives to promote the art and science of the movies, including public programming, educational outreach and the upcoming Academy Museum of Motion Pictures, which is under construction in Los Angeles.