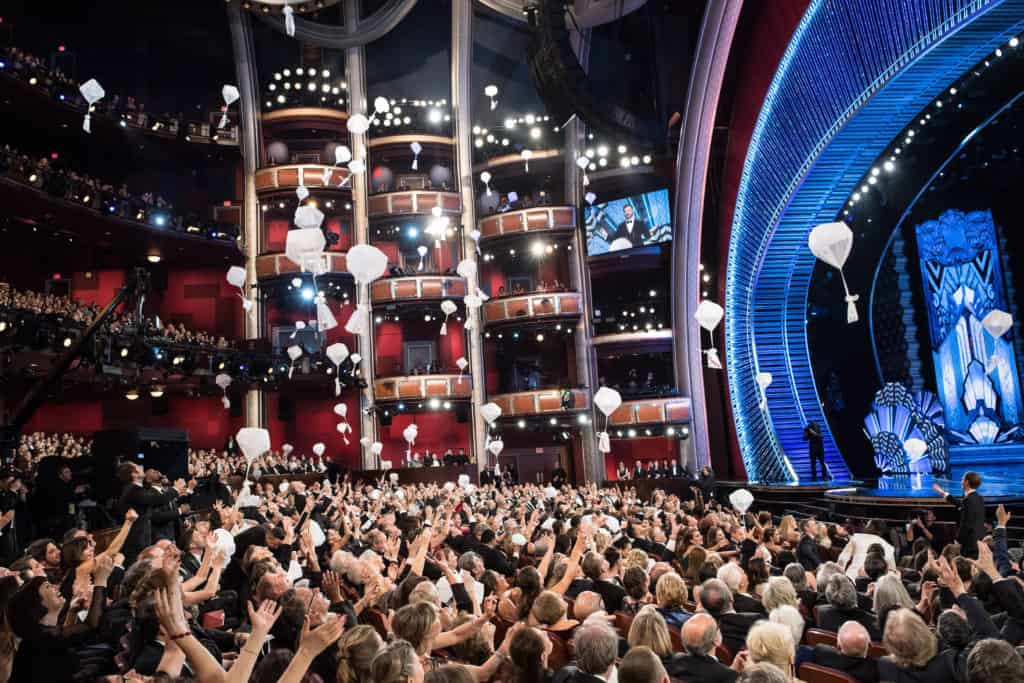 A roughly four hour long Oscar Ceremony was greatly entertaining this evening, with host Jimmy Kimmel who did a great job.  With nearly every presenter and acceptance speech monologue laced with political comments against the current political administration, Kimmel led the assault with at least 4 jabs at the President in the first four minutes of his opening monologue, including jokes about Trump’s tweeting, immigrants not getting in the country, and a divided nation.  He further joked about Trump  stating how Meryl Streep was an over-rated actress.

The stellar show wound up cursed however, when Warren Beatty let Faye Dunaway read the Best Picture winner from the envelope, and she read ‘LaLa Land.’  ‘La La Land’ producers were in the middle of reading their acceptance speech, when they stopped and stated how there had been a mistake, that ‘Moonlight’ actually won.

Like the political insanity of the past several months itself; from hacking, to leaks, to false hopes,  so called fake news, surprise victories, and surprise losses among more, The Oscars–heavily tackling politics, wound up itself a victim of at least part of the political type of insanity it aimed to criticize.

Having changed the rules last year from what many considered false accusations of racism, more blacks were nominated and won this year, yet nearly didn’t. The mostly white film ‘La La Land’ won first–only to be dethroned in a matter of seconds, with the Oscar being snatched away from the ‘fake’ winners and given to the real winners–the more ‘real’ liberal Hollywood film of ‘greater’ diversity about not only ‘black’ characters, but ‘gay’ too.

At a moment, it seemed like all a part of the show, great scripted drama for the highly entertaining awards show itself.   And who knows? Maybe it was? Then again, that may be highly doubtful, considering the manner in which it has already reflected on the Academy, Warren Beatty, and Faye Dunaway.  In reality, only the person handing the envelope to Warren and Faye should be to blamed, with Warren reportedly stating that the envelope he was given had a card stating Emma Rose– ‘La La Land’ on it.  Which just goes to prove, we don’t just need ballot checkers at the presidential polls, but evidently we now need envelope checkers at the Oscars too.

It’s almost as if Trump himself had someone sneak in and mix up the envelopes to seek revenge.  Or, perhaps those Hollywood hating Trump supporters cast a spell and cursed the finale’ of the show,  seeking revenge for the many barbs, and–the witches cursing him just two nights before.

One ‘can’ say that two films at The Oscars and the presenters got cheated–‘La La Land’ had their hopes dashed to bits, ‘Moonlight’ lost their glory and speech time, and the Oscars and presenters of Faye and Warren got humiliated. Or, one can say what I prefer and tend to feel, that  in a way in actuality–there were two winners.  ‘La La Land,’ who would not have seen the stage for best picture,  got to pretend they won for a moment and have their speech and moment of glory as Best Picture Winners, and ‘Moonlight,’ a young film from a young filmmaker got its nod and Best Picture award in a world often against gays and blacks.

Warren and Faye, two stellar stars and legends, who have weathered the ups and downs of Hollywood for decades, will be just fine, and the brilliant and funny Jimmy Kimmel,  who was a great hit this night, deferentially assumed all of the blame.  And the Oscars, well–they will go on being the greatest awards show of all time, and the greatest night in TV history.  And–mistake or no mistake, they kept us watching, entertained, and loving every minute tonight, like only the Oscars can–drama and all.  After all, isn’t that what Hollywood’s all about? And anyway, we simply ‘can’t’ be out-drama’d by Washington now, can we? 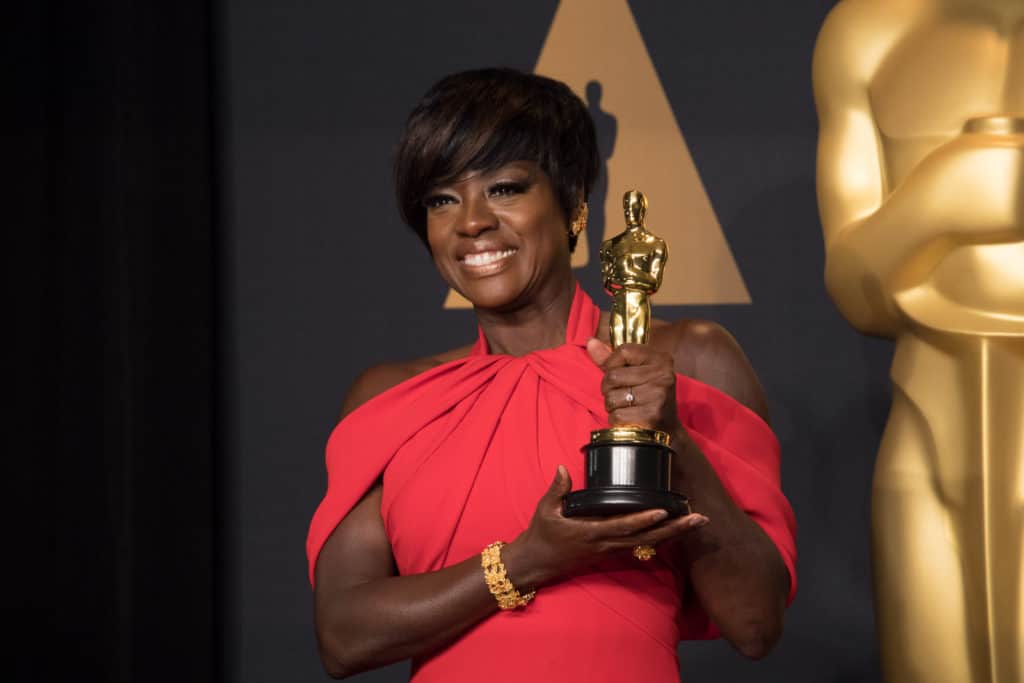 Viola Davis poses backstage with the Oscar® for Performance by an actress in a supporting role, for work on “Fences” during the live ABC Telecast of The 89th Oscars® at the Dolby® Theatre in Hollywood, CA on Sunday, February 26, 2017.Photo Credit: Mike Baker / ©A.M.P.A.S.

Viola Davis shined at the Oscars tonight, winning Best Supporting Actress for her work in the film ‘Fences,’ and giving a heartwarming acceptance speech, as partially shown here below;

“Thank you to the Academy. You know, there’s one place that all the people with the greatest potential are gathered. One place. And that’s the graveyard. People ask me all the time, “What kind of stories do you want to tell, Viola?” And I say, exhume those bodies. Exhume those stories. The stories of the people who dreamed big and never saw those dreams to fruition. People who fell in love and lost. I became an artist, and thank god I did, because we are the only profession that celebrates what it means to live a life. So here’s to August Wilson, who exhumed and exalted the ordinary people.”

Viola continued, “(…) I became an artist, and thank God I did, because we are the only profession that celebrates what it means to live a life. (…)  And to Bron Pictures, Paramount, MACRO, Todd Black, Molly Allen, Scott Rudin for being the cheerleaders for a movie that is about people, and words, and life, and forgiveness and grace. (…)”

This content is copyright, 2017, The  Oscar®,” “AMPAS®.” The Hollywood Sentinel, all world rights reserved.