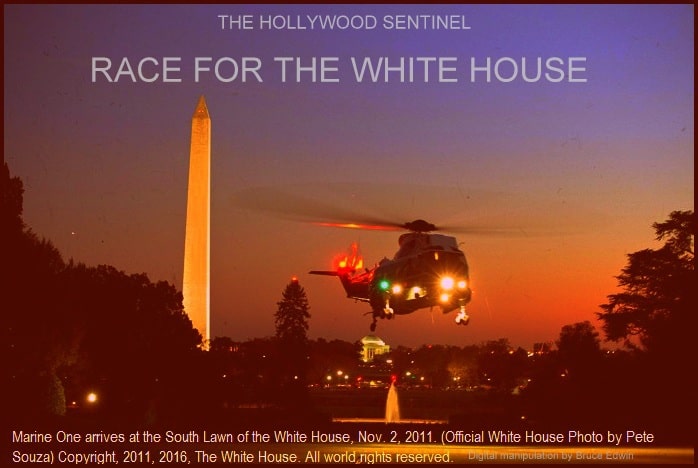 Public Relations is the art of crafting a specific message about a client, to get them in the news, or to help do what is sometimes called “damage control;”  attempting to change the public’s opinion about a client after bad press has already been created.  One of my publicist friends once stated that;

“Washington is Hollywood for Ugly People.”

While this is perhaps funny, it is not totally true. To be fair, Obama is–love him or hate him–a handsome fellow. Ronald Reagan was a handsome movie star before becoming Governor of California, and later President of the United States. John F. Kennedy was considered very good looking–enough so that Marilyn Monroe dated him. Even the current two major Presidential nominees that are both perhaps equally hated by each opposing side of their supporters–Hillary Clinton and Donald Trump–both were young and attractive people by Hollywood standards during their early careers. What we can be sure of however, is that Washington D.C, the seat of American political power is at least–full of drama.  This years presidential race, which we have all observed, has put even the most crass and crazy reality T.V. shows to shame in terms of vulgarity, and insanity.

This is all merely a reflection of the societal and moral decline in civility, decency, manners, and class that has eroded even more over the years– thanks partly to the advent of immediate worldwide communication known as the internet; where standards of professionalism and decency have eroded in multiple areas; from the news media, to T.V., among more.

While there are advantages to this immediacy in communication and information, we can undoubtedly all see its downside. We live with it every day.  The solution –if any, to not put more attention on the negative media than we may deem necessary.  And certainly, do not give power over any politician or any else for that matter, to determine and control how you think or feel.

As a person who studies and uses media, I’ll admit–I have found the presidential debate highly entertaining. With millions of Americans and even those outside of the United States frantically feeling as though one man or one woman holds the power of the fate of their lives and the world in their hands, and that one day–election day here in the U.S. will determine that fate or Earthly salvation, I can not help but be amused.

I know that whatever force of good that created this world and all universes is far more powerful than any one “President” of the United States. And I really don’t believe that either Donald Trump or Hillary Clinton will be able to end humanity as we know it–without the direct influence and will of the creator of the planet.  As such, I’m really not at all worried about the results of who wins.

Certainly, I have read and studied about both Trump and Clinton–as have many, and have my opinions as everyone does– but really, why worry?  We will all still be human beings, we will all still keep doing the things we do every day, and for those of who strive to be the creator of our own lives–rather than the effect of someone else, we will still be in charge of ourselves.

No matter what happens, and who wins, the entertainment will continue. People will keep fighting over who they think which side is right or wrong,  and one will finally win. We live in exciting times. Lets embrace the energy and excitement, accept what we cannot control as being nothing to worry about–since worrying about what we can not control does not good, and lets control what we can–ourselves, and influence for good those around us and in our sphere that we reach.

Life will go on no matter who wins. It will be entertaining, and it will be historic.  And during the media chaos and insanity that is being created around the world out of Washington, let us remember that fitting quote by Henry David Thoreau;

“That Government is Best which Governs Least.”

With the exception of the above quote, this content is copyright, 2016, The Hollywood Sentinel, Bruce Edwin, all world rights reserved.