RCA Records Signs Isabel LaRosa, and she’s fire. Fans of Tove Lo and Foxes (as we are) will appreciate Isabel’s work. She has massive potential.

A dynamic, multi-faceted new artist on the music scene, Isabel LaRosa recently inked a deal with Slumbo Labs / RCA Records and is living the dream, as a beautiful 17 year old artist who just signed to a major label. The good news? She deserves it. She even co-wrote and co-directed her debut EP, i’m watching you, and its accompanying video trilogy / short film. 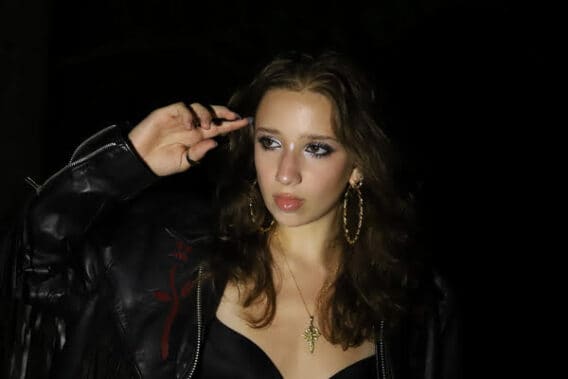 At just 17 years old, Isabel has already been featured on flagship Spotify playlists. Her work has garnered tens of millions of streams and a fiercely loyal fan base.

Isabel LaRosa states, “This song is inspired by situations involving two people who have a secret, mutual obsession with each other, and how they attempt to hide those feelings.”

Born in Annapolis, Maryland, Isabel LaRosa has music running through her DNA. Her father, a jazz musician, regularly took her to the jazz clubs where he played the saxophone, her brother played guitar and she sang alongside them. Inspired largely by her family, Isabel began songwriting with her brother while in elementary school, and they soon formed a creative duo. Presently, Isabel still writes and produces music with her brother as she works to finish high school online.

“HEARTBEAT” follows the release of Isabel LaRosa‘s aforementioned debut EP / three singles, “HAUNTED,” “HELP,” and “HEAVEN.” In addition to writing all three singles, Isabel wrote the treatments for and co-directed each video, which fit together into a short film. Isabel’s visuals are often influenced by thriller, horror, and sci-fi movies and television shows, and provide the backdrop to her hand-crafted sonic universe.

Image, video and contents used with kind courtesy of the office of publicity of the artist.