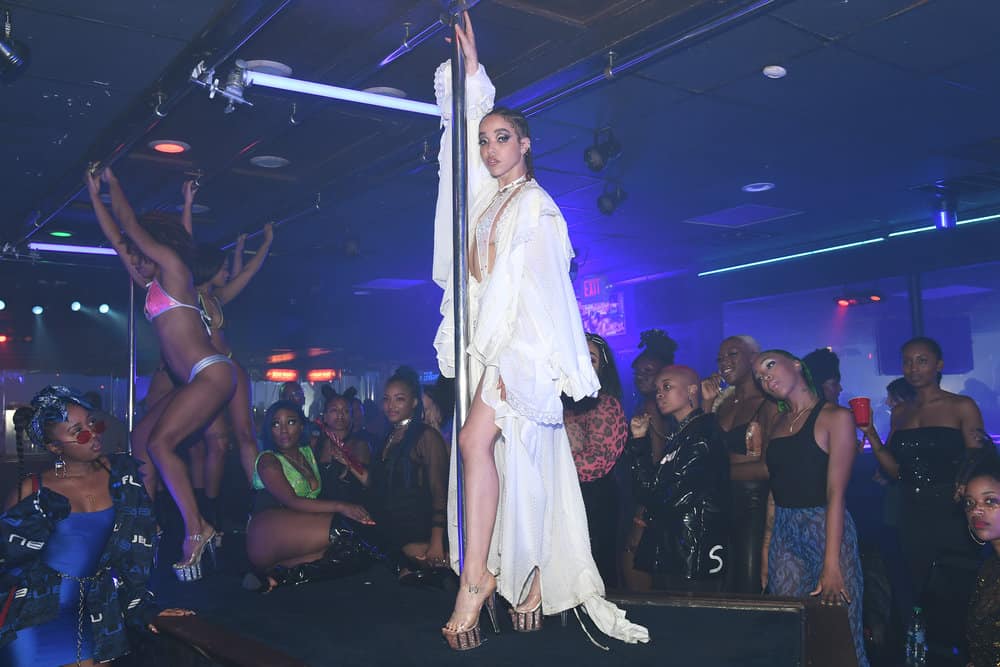 Another one of the reported leaders of one of the main, global, satanic child trafficking rings has been caught and busted; Ghislaine Maxwell, the vile creature who allegedly lured children into the lair of child rapist and trafficker Jefferey Epstein, so they could both abuse them and pimp them out to many of the rich, famous, and powerful–has been arrested.

Those that think the global network of evil child abusers and traffickers is now down or gone–think again. There are many less famous and not known, just as powerful.  Think of it as busting one of the worlds largest heroin or cocaine dealers. Does the supply and demand dry up and delivery stop when the top dealer is busted? No. Of course not. The drugs simply trickle over to other dealers and other sources of power.

Make no mistake about it–this is a great thing that Maxwell is busted. Presuming she is not suicided beforehand, she will hopefully be forced to name names before she is sentenced. This will send a message to many of the sick, demented scum that would pay for children, and make them think twice in the future about doing it again.

According the The Hollywood Reporter, “The U.K. Government will allow a number of film and television productions to be exempt from following quarantine rules and resume filming safely this summer” cites Casting Networks.

Nickelodeon bakes up a birthday surprise with Cake My Day, a one-of-a-kind special executive produced by television host Rachael Ray and culinary expert Amirah Kassem.  Hosted by Kassem, founder of Flour Shop in New York and creator of the sprinkle-filled Rainbow Explosion Cake, the special gives a deserving kid the opportunity to bake the cake of their dreams.  Cake My Day airs Friday, July 17, at 7:30 p.m. (ET/PT) on Nickelodeon.

Said Ray, “With my favorite unicorn Amirah Kassem spreading her signature sprinkles and smiles, Cake My Day is a delicious celebration that I can’t wait to share with families everywhere.  This is a show guaranteed to fill your day with color and cake!  And will leave you racing into the kitchen to use Amirah’s tips and tricks to whip up some crazy creations of your own.”

Said Kassem, “I’m so, so excited to show the world how we can all use birthdays to create more joy for everyone around us. Cake My Day was born out of a way of life I like to call the ‘Birthday Lifestyle,’ where we live everyday like it’s our birthday by being with our favorite people, dressing in our favorite clothes, and of course, eating our favorite foods!  It’s more important than ever to remember that we can all create happiness through celebration, and no matter what is happening in the world, we need to celebrate one another.  Full of surprises, my hope is that Cake My Day will inspire kids, and adults, to live the birthday lifestyle and celebrate their family and friends.  We need to keep spreading magic, rainbows, glitter, unicorns and eating cake!”

In Cake My Day, Kassem invites Charlotte, a triplet who has never had a birthday that felt like her own, to her colorful kitchen to bake a Rainbow Explosion Cake together.  Charlotte, however, has no idea that her brothers Oliver and Sam have secretly planned for the day of cakemaking to turn into the biggest surprise birthday celebration she has ever had.  The special also features an appearance by DIY content creator Karina Garcia and a performance by dance superstars The Lab.

Founded by Ben Silverman and Howard Owens, who pioneered the global format business in the late 1990s, Propagate has offices in Los Angeles, New York and Paris. Its recent credits include the “Hillary” documentary that premiered at Sundance and Berlin and now streams on Hulu as well as the unscripted “November 13: Attack on Paris” “Haunted” and “Prank Encounters” for Netflix, “In Search Of” and “Kings of Pain” for the History Channel and the upcoming Notre Dame Documentary for ABC, and the scripted “Blood and Treasure” and “Broke” for CBS, “Charmed” for The CW and “Emma” and “Wireless” for Quibi.  Propagate’s expanding portfolio of companies includes Electus (“You vs. Wild”, “Running Wild With Bear Grylls,” “Jane the Virgin,” “Fashion Star”), Big Breakfast (“Adam Ruins Everything”, “Hot Date”), Notional (“Chopped” franchise), and talent management firms Artists First, Authentic Talent & Literary Management and Select Management. Silverman and Owens previously founded Reveille, producing hits including “The Office,” “The Tudors,” “Ugly Betty” and “MasterChef.” Silverman went on to serve as Co-Chairman of NBC Network and Studio and form Electus. Owens served as President of National Geographic Channels Worldwide.

Nickelodeon announced this month that  it has greenlit a 20-episode second season of its new hit animated series, It’s Pony, which follows the comedic adventures of Annie and her best friend, who just so happens to be an enthusiastic, impulsive, and carefree pony. Season two will premiere domestically in 2021, followed by a rollout across Nickelodeon’s international markets.

“The overwhelming reaction to the first season of It’s Pony has been phenomenal, and fans have been champing at the bit for a second season,” said Nina Hahn, Senior Vice President of Development and Production, Nickelodeon. “We are thrilled to greenlight season two of a show where no matter what happens, everything is better when Annie and Pony are together.”

In season two of It’s Pony, Annie and her ever-loving, ever-funny Pony take their city by storm. Whether they are crashing a comic convention or battling a swarm of revenge-seeking flies, Annie and Pony’s adventures test the limits of their friendship like never before. Pony’s unpredictability may be a lot to handle, but Annie wouldn’t have it any other way. Throughout everyday life and extraordinary shenanigans, Annie’s life is better with Pony around.

The series stars Jessica DiCicco (Adventure Time) as Annie, an optimistic and determined farm girl living in the city with her family and best friend Pony; Josh Zuckerman (Strange Angel) as Pony, who is naïve and impulsive, but loves Annie more than anything; Abe Benrubi (E.R.) as Dad, who treats Pony as a nuisance, but recognizes the special bond he shares with Annie; and India de Beaufort (All Hail King Julien) as Mom, who loves Annie and Pony’s relationship and always has a new prank in the works. Created by Ant Blades, It’s Pony is inspired by a short from Nickelodeon’s 2015 International Animated Shorts Program.

Nickelodeon, now in its 41st year, is the number-one entertainment brand for kids. It has built a diverse, global business by putting kids first in everything it does. The brand includes television programming and production in the United States and around the world, plus consumer products, digital, location based experiences, publishing and feature films.  Nickelodeon and all related titles, characters and logos are trademarks of ViacomCBS Inc. (Nasdaq: VIACA, VIAC).

Card Sharks, ABC’s reboot of the classic game show, is the latest broadcast network series to head back into production, according to Casting Networks.