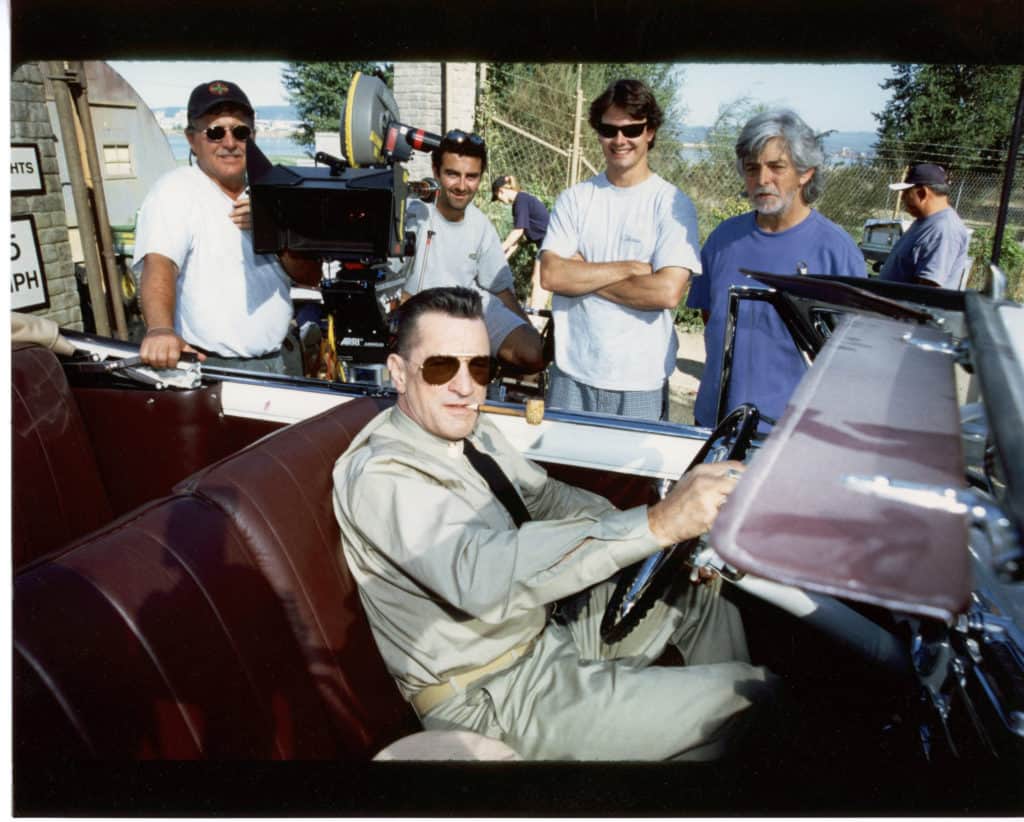 One of the world’s most accomplished cinematographers, Anthony B. Richmond’s career spans over five decades.  Born and raised in London, Anthony Richmond worked his way up through the ranks to his current position of Director of Photography. He began at the age of 16 as a messenger with Associate British Cinemas and later with Pathe-News, where he was promoted to the camera department. He next worked as Assistant Cameraman on films including; Call Me Bwana, From Russia with Love, Devil-Ship Pirates, The Gorgan, A Funny Thing Happened On The Way To The Forum, Truffaut’s Fahrenheit 451, and David Leans’s Dr. Zhivago. 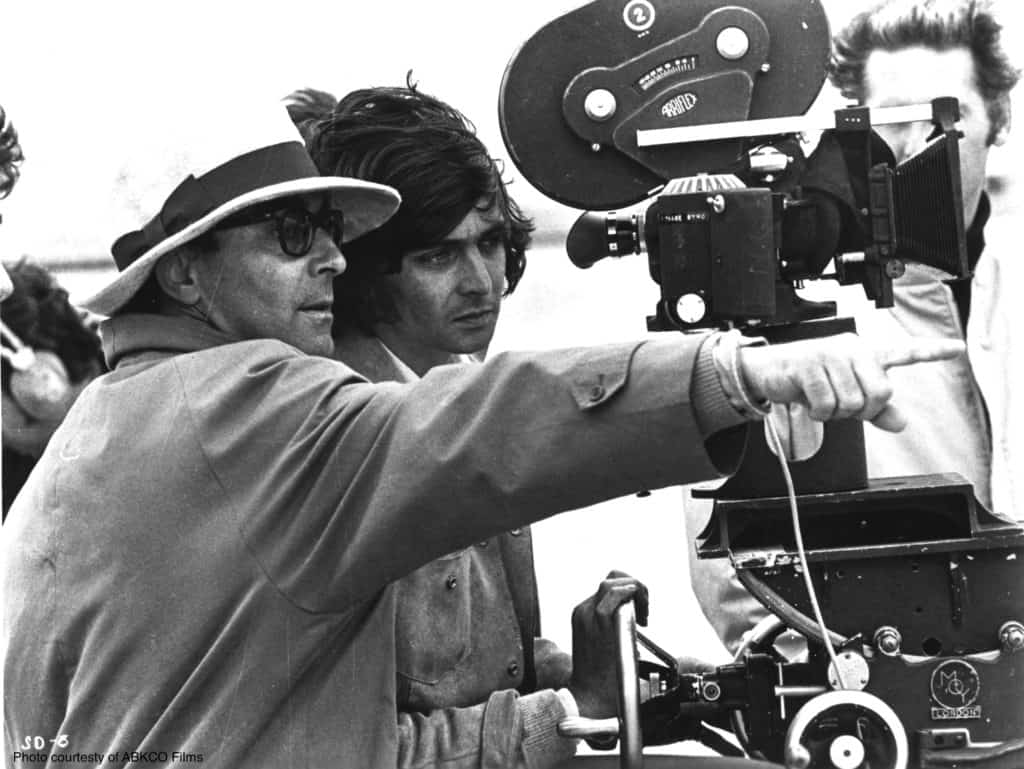 Mr. Richmond also served as focus-puller on Casino Royale and on Far From the Madding Crowd for Director John Schlesinger, for who he also later served as Cinematographer for the documentary; Israel: A Right To Live, made just days after the Six-Day War.  Shortly afterwards, Mr. Richmond began working as Director of Photography on feature films, with his first being the 1967 motion picture; Only When I Larf directed by Basil Dearden.

An award-winning Cinematographer, Anthony Richmond has had numerous collaborations with Director Nicolas Roeg who recently passed. Lensing five of his the legendary directors films including; Don’t Look Now – for which Richmond won the prestigious BAFTA award, The Man Who Fell To Earth, starring David Bowie, Bad Timing, Heart Of Darkness, and Full Body Massage for Showtime.

Anthony Richmond was also responsible for iconic photography for much of the seminal British music scene of the late 60’s.  He shot the Rolling Stones classic, Sympathy For The Devil (aka One Plus One) for the legendary Jean-Luc Godard, with which he then collaborated with Michael Lindsey Hogg on The Rolling Stones Rock And Roll Circus, and also, The Beatles’ Let It Be.  Mr. Richmond’s additional   rock and roll credits include: The Who’s The Kids Are Alright, as well as the documentary Glastonbury Fayre.

His most recent credits include; Good Luck Chuck, The Comebacks, Shade, Havana Nights, Legally Blond, Ravenous, Men Of Honor, The Sweetest Thing, Someone Like You, Just Friends, John Tucker Must Die, Autopsy, Sex and Lies in Sin City, The Rocker, Alvin the Squeakquel, Coffee Town, and The Assets for Peter Medak.

Most recently for the past two years, Mr. Richmond has served as Faculty Chair of the Cinematography Department at The New York Film Academy in Burbank, California.  Here, Mr. Richmond  teaches the next generation of Cinematographers,  and frequently collaborates with other creatives outside of the academic community to development significant relationships between his students and industry professionals.  Mr. Richmond is fulfilled in  mentoring aspiring filmmakers and enjoys meeting students to discuss their goals.

The following is an exclusive interview with Hollywood’s legendary image maker; Anthony Richmond, for The Hollywood Sentinel: 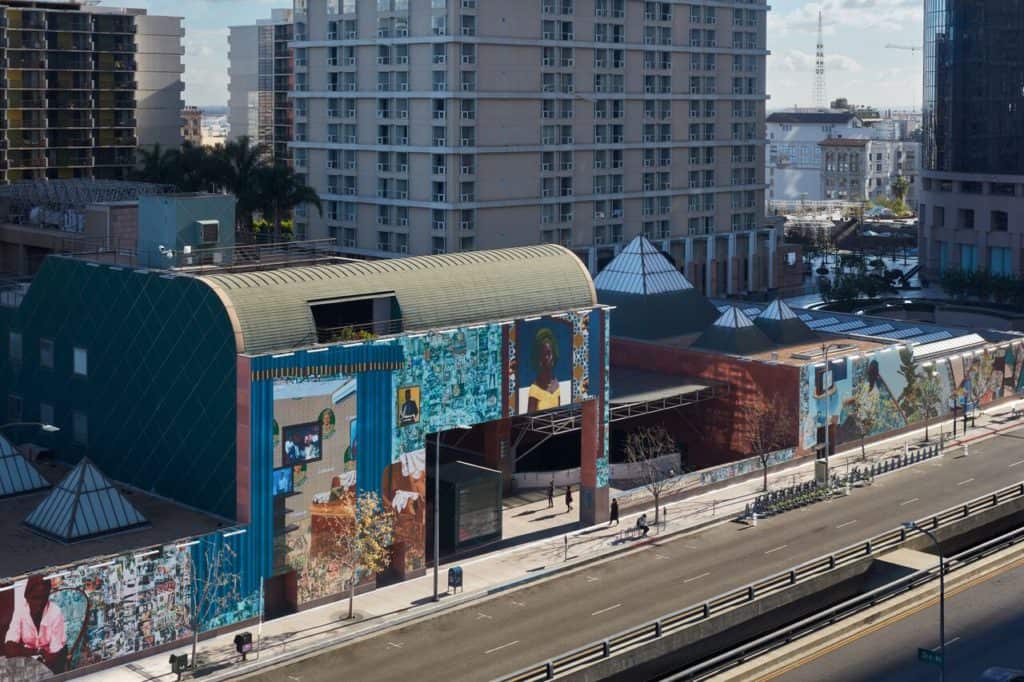 One Plus One, more commonly known as Sympathy for the Devil after it was re-edited by its producer, is one of the most complex and provocative films of 1968.  Director Jean-Luc Godard intercuts footage of the Rolling Stones working on the song “Sympathy for the Devil” with other scenes examining capitalism, activism, and political conflict. Godard’s original edit, which was screened in its first year but not regularly distributed in the United States since, has been restored by ABKCO and made its Los Angeles premiere at MOCA. The film was shown on a 4K projector with Dolby sound. This program is part of Filmforum’s 1968: Visions of Possibilities, which presents films that reflect on the turbulent global events of 1968 fifty years later.  (source: MOCA)

The film screened on Thursday, Nov 8, 2018, at 7pm at MOCA Grand, Los Angeles, to a nearly sold out theatre. Legendary 1+1 Cinematographer Anthony B. Richmond was present to introduce the film, who has also lensed such classic films as; The Rolling Stones: Rock and Roll Circus, The Beatles: Let It Be, The Man Who Fell to Earth (David Bowie), Heart of Darkness, Indian Runner (Director; Sean Penn), the classic Clive Barker horror film Candyman, and countless more.

With dynamic, outstanding sound that soared beautifully in MOCA, the music of the Rolling Stones brilliance, with their rare cuts here, are boldly juxtaposed with Godard’s sporadic and notorious enfant’ terrible aggression upon the audience with an occasional blasted reverb feedback, and the political philosophical musings by bands of outsiders.  Revolutionaries including Black Panther-esque militants, an actress wandering in a UK forest who answers nothing but “yes” or “no,” and a radical voice-over narrator whose audio track is generally overlaid directly on top of the other vocal track of the scene the viewer is watching, makes the foley track of this film as daring as the motion picture itself.

This technique, mastered by Godard, results in the colliding voices of a devious, hallucinogenic, audio assault upon the viewer / listener, that while at times dreadfully annoying, is simultaneously brilliant.  Godard at times moves the microphones from one scene closer and farther away, creating a parade of sound coming and going, as the narrator track fades in and out, signaling not only time and space, but the destruction of space-time, and form itself.

A car graveyard, filled with the beautiful destruction and decay of chipped and smashed colors of metal, stacked and lined beautifully in rows of life and death, blend into the dirt of the Earth, as Richmond pans back and forth as revolutionary black brothers throw each other machine guns ready to take down the man.  A montage of art itself, the wasted vehicles symbolize a dying industry;  a broken and collapsing society, re-appropriated by revolutionaries ready to take back their power by any means necessary, yet later talking it out and discovering–after a few sacrificial deaths–violence is “not” the answer.

As notable Hollywood Sentinel art and literature critic Moira Cue comments, “Godard exemplified in One Plus One the fact that rock music had become the new form of political revolution to get the message to the masses.”

While Godard’s fleeting brush with Communist Marxism is exemplified in the film; the message that “all progress is rooted not in the industrialized masses controlled by the state, but rather in those achievements by the  individual,” may not be accurate in  literal interpretation; as one ponders the creation for example, of Egypt’s great pyramids made by the dreadful toil if the Egyptian slaves; and yet, we can irrefutably agree, that all good “moral progress” is rooted ‘not’ in the coercive exploitation of the ruling political class, but rather;  is found in the egalitarian ideal of the freedom of the individual to pursue his or her own unrestrained creativity, without regard for the whims, wishes, or commands of the tyrannical powers that be.

It is with the beauty of that such anarchist ideal, with the celebration of freedom at its core, that Jean Luc Godard ascended to his heights of greatness, and forever stays as one cinema’s most stunning, innovative, daring, and brilliant voices of all time.

A very special thanks to the vision of MOCA and FILMFORUM for bringing this masters work to the museum, along with Anthony B. Richmond.

The Board of Trustees of The Museum of Contemporary Art, Los Angeles (MOCA),  announced Monday the addition of five new members: Dr. Adrian Cheng, Marina Kellen French, Simon Mordant, Sean Parker, and Julia Stoschek. The members bring an international outlook, various industry backgrounds, and deep commitment to the arts. They each add strength to an expanded and invigorated MOCA Board.

“I am thrilled and proud to welcome such an esteemed group of new trustees,” said MOCA Board Chair Maria Seferian. “Each of our new trustees is a leader in his or her industry and a deeply dedicated philanthropist who has contributed to many important causes around the world. MOCA is embarking on a new chapter, and we are all very excited about what’s to come.”

“I am humbled and grateful to welcome five extraordinary philanthropists, leading art specialists, and pioneering supporters of the arts and social causes to the board of MOCA,” said Klaus Biesenbach, the Director of The Museum of Contemporary Art. “Each, in their own way, brings a unique knowledge and experience to the Board that will broaden and strengthen the growth of the museum going forward.”

Dr. Adrian Cheng joins the MOCA Board from Hong Kong. Mr. Cheng is an internationally-renowned businessman. He is currently the Executive Chairman and General Manager of New World Development and the Executive Director of the Chow Tai Fook Capital Limited. Mr. Cheng is also the founder of the K11 Art Foundation (KAF) and has been awarded the prestigious officier de l’ordre des arts et des lettres. Mr. Cheng is active in contemporary art; he is a member of the Board of Directors of the National Museum of China Foundation, Director of the China Central Academy of Fine Arts Museum (CAFAM) Funds, and a trustee of the Royal Academy of Arts, is a member of TATE’s Asia Pacific Acquisitions Committee, among others.

Marina Kellen French joins the MOCA Board from New York City. Ms. French is an internationally-recognized, lifelong philanthropist and avid supporter of the arts. She has been a trustee of the Metropolitan Opera and on the trustee council The National Gallery in Washington, D.C. for thirty-eight years. Ms. French is also on the Board of The Metropolitan Museum of Art, Carnegie Hall, The Hospital for Special Surgery, and The American Academy, Berlin and is a Life Trustee of both the Morgan Library and of WNET, Channel 13. She is the Vice President of the Anna-Maria and Stephen Kellen Foundation and the President of the Marina Kellen French Foundation. Ms. French was awarded the Officers Cross of the Order of Merit from the Federal Republic of Germany for all she has done for German American relations.

Simon Mordant AM joins the MOCA Board from Sydney, Australia. Mr. Mordant is Executive Co Chairman and co-founder of Luminis Partners, a leading corporate advisory and investment banking firm associated with Evercore. Mr. Mordant is a decades-long, passionate collector of contemporary art. He is Chairman of the Museum of Contemporary Art Australia (MCA), a Trustee of the American Academy in Rome, a director of MoMA PS1, a member of the Tate and MOMA International Councils and was twice Australia’s Commissioner at the Venice Biennale. Mr. Mordant was awarded an AM, being made a Member in the General Division of the Order of Australia for Services to the Arts.

Sean Parker joins the MOCA Board from Los Angeles. Mr. Parker is an internationally-renowned entrepreneur with a record of launching genre-defining companies and organizations. Together with his wife Alexandra Parker, he is an avid collector of contemporary art and committed philanthropist. The Parkers founded the Parker Foundation in 2015 with a focus on large-scale systemic changes in life sciences, global public health and civic engagement.

Julia Stoschek joins the MOCA Board from Berlin, Germany.  She is the founder of the Julia Stoschek Collection, which is a leading international collection of time-based art. The collection is based in Dusseldorf and Berlin and includes more than 800 works of time-based, performance and installation art from the 1960s onward. She is a world-recognized philanthropist and affiliated with many institutions, including the Kunst-Werke Institute for Contemporary Art, where she serves as Vice Chair. Furthermore, she is a member of the acquisition committee at Kunstsammlung NRW, Duesseldorf, Tate Council, London and Committee of Performance at the Whitney Museum, New York.