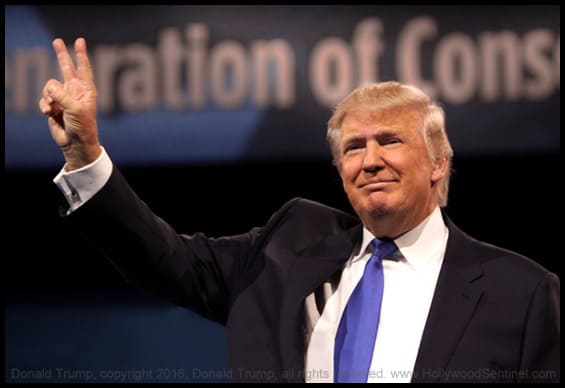 As anyone who does not totally ignore mainstream American media can attest, the political presidential race has been dominating the news for months now, and is even increasing, with a furious pace.  Comedian Robin Williams once reportedly defined politics as the following;  Politics= poli (many) and tics (bloodsucking parasites).  Was he inaccurate?

To be sure, some politicians may legitimately enter the field with noble intentions, intending to make their community, state, or country a better area. Yet, even in the purest democracy, where one groups will of a majority vote is enforced upon the will of a lesser minority, some people, and in fact many– will not be happy. The nature of politics then, is a problematic area that leaves some hopefully getting what they want, and others, hopefully not too many, getting the short end of what they wanted. In politics, like life, there is always a loser, not just among the race among candidates, but among the public they allegedly serve as well.

Now that the current political race is down to Sanders, Clinton, and Trump, with Sanders suggesting that if he loses any further, he will support Clinton, it seems that Trump and Clinton will be the final contenders in the latest media political circus. Does it really matter? Americans will still keep doing what they are doing already, and it will still be business as usual.  If anything, it is all mildly entertaining, but at the end of the day, it is really quite meaningless.

If one is struggling financially, they will probably continue to struggle no matter who wins the next presidency. if one feels oppressed, they will continue to feel oppressed, unless they decide to stop feeling that way. If one is unhappy and failing, they will most likely keep failing, and blame the president for their problems, if the person they didn’t vote for wins.

If one is making a lot of money, they will still keep making a lot of money no matter which candidate takes office. Many will try to blame the new president for their troubles, and those that are happy and doing great, may give away some credit to their favored candidate if they won, but most likely, will take most of the credit themselves.

When you take responsibility for your life, you have no one that you have to give credit away to, or to blame. It doesn’t matter if a reality TV star wins, a Senator, or whoever. Unless you are working directly with politicians, their public games for the cameras mean little, but merely a distraction– not unlike the latest Hollywood gossip, or tasteless so called ‘reality’ TV show.

Instead of taking it all too seriously, and letting the political battles control your mood or your life, consider it what it is–an amusing form of cheap entertainment, perfect for entertaining and distracting the masses. Instead of getting angry about what they tell you that you ‘should’ be mad about, take a nice walk outdoors. Get some fresh air, take in some nature. Look at the beautiful land that was created here for you not by any man, but by a greater intelligence. Look within, and discover your true dreams, wishes, desires, passions, and loves, and then follow them. When the world decides to get mad and lose their head, decide to stay calm, be happy, and keep yours.

Don’t be duped by being told how to feel, what to believe in, or what causes are important just because they are ‘trending’ or being debated on the news. Be your own ’cause,’ and find out what is important to you– yourself.  Be a leader, not a follower. And if you must be a follower, then don’t follow the followers, follow a true leader that will lift your spirit up, and enlighten your soul.

Hollywood, at its best, educates, and entertains with a universal message of hope, strength, and truth. While it should not be worshiped, at its best, Hollywood also can even lift up ones spirit, and fuel or re-ignite ones faith or dreams. The Oscars® this year, thankfully contributed to that cause, by recognizing films that do just that. This is why Hollywood, and the arts in general, will always be of great, immeasurable importance to the world.

Find the happiness within you, and in others. Hatred is easy. it takes a person of greater strength to find and give love. What we focus on is what we get. The more attention you put on something, the more it will expand. And if you really must jump in to the political distraction games, then do something about it.  Don’t complain about something unless you are ready to help fight to change it. The world is full of complainers, but lacking a real shortage of doers. Do something about your complaints. The world doesn’t need another complainer!  Either change it, or take your attention off it, and focus on the good. If you do either one of these acts, you will–in at least some small or perhaps even some significant way, begin enacting your own personal revolution. And that my friends, is the best vote you can cast.