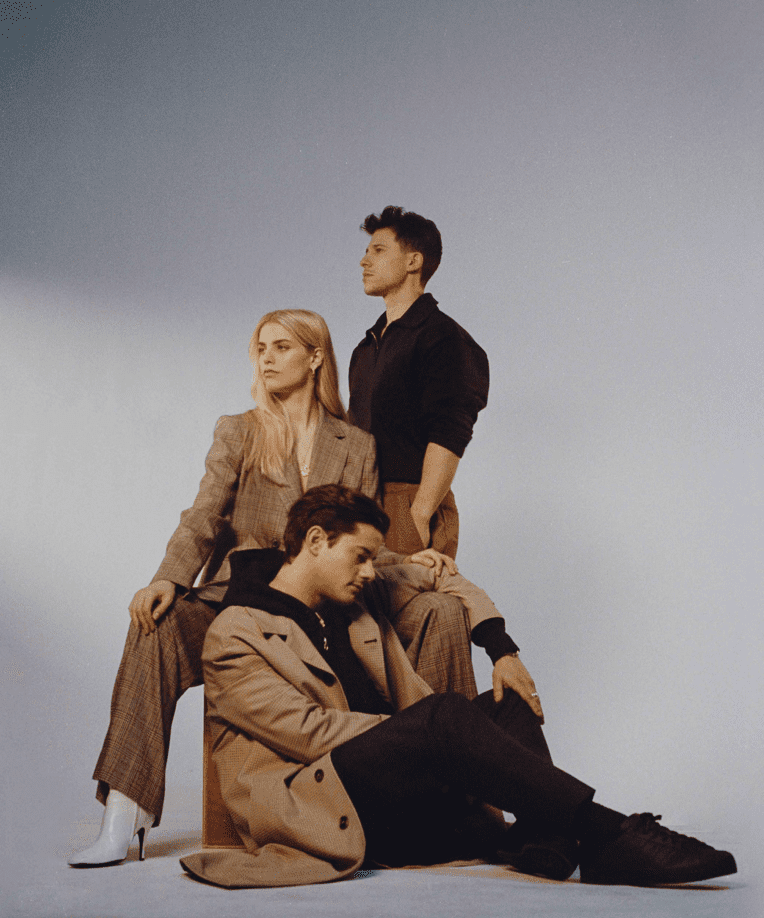 British trio London Grammar have just released a soaring new single titled “Baby It’s You,” out now on Columbia Records.  Baby It’s You” arrives as the first track the band have released since their 2017 UK #1 selling album ‘Truth Is A Beautiful Thing.’ Listen to “Baby It’s You” here: https://LondonGrammar.lnk.to/BIY
“Baby It’s You” takes off and flies on a wave of blissed out love. A stark contrast to London Grammar’s earlier melancholic, darker vibe. The  beautiful new cut vibes strong, with beauty, love, grace, and hope in a time of immense turmoil and pain in 2020. It’s perfection demands  an immediate replay.
The stellar new single, with brilliant beats and otherworldly layers of sound and piano, was co-produced by the band alongside lauded electronic producer George FitzGerald.  With vocalist Hannah Reid’s angelically exquisite vocals delivering nothing less than heavenly rapture, this song is one of my favorite new cuts–perfect for the dance floor, or jamming in your car on your way to paradise with your lover by your side.
ABOUT LONDON GRAMMAR:
London Grammar are Hannah Reid, Dan Rothman and Dot Major. They released their UK #2 double platinum selling debut album ‘If You Wait’ in 2013, followed by their UK #1 album ‘Truth Is A Beautiful Thing’ in 2017. They’ve garnered numerous BRIT nominations and have been awarded a prestigious Ivor Novello. The band have worked with an array of contemporary talent and brands including Paul Epworth, Flume, Dior and Disclosure, played a list of sold out tours and headlined festivals around the world.  Most recently their track Hey Now (Arty Remix) was featured on the hit show ‘Normal People.’
(c) 2020 Hollywood Sentinel
Tags: best new musicdance musicexperimental popfemale vocalistsHannah Reidhollywood sentinelLondon Grammarnew music
Previous Post

Be a Victor–not a Victim

Be a Victor--not a Victim