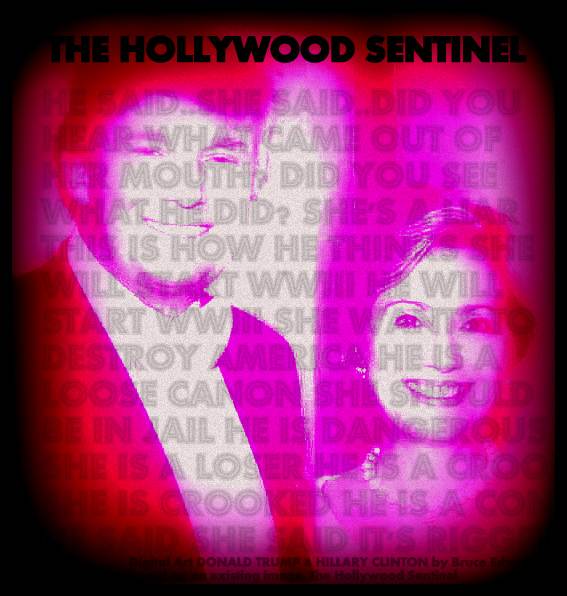 Donald Trump and Hillary Clinton–in no other campaign in history has there been more name calling, drama, and smear. In Hollywood, it is all about ‘hype,’  Telling everyone how great one is an an actor, model, singer, filmmaker, humanitarian, or the like. In Washington–during one of the most competitive election campaigns ever, it is not only about the candidate’s bragging about how great they are, but also, about smearing their opponent.

Who Has the Best Public Relations Campaign?

As we all know, “The Art of the Smear” has been taken to new levels by Donald and Hillary during this election.  We don’t need to repeat all of the drama–you know about that.  What we do want to determine here is this; How effective is each candidate’s campaign in terms of public relations and marketing? We monitored, we reviewed, we tested them, and we made our determination. The results are as follows: 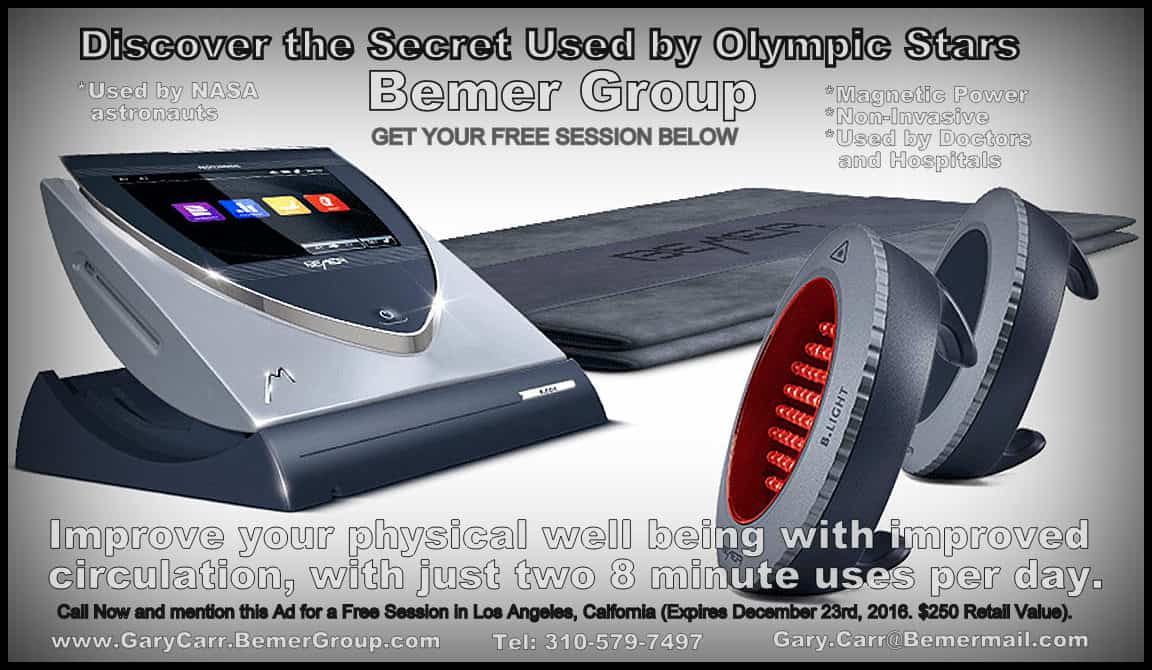 MOST EFFECTIVE USE OF SOCIAL MEDIA
Trump

Trump’s social media power dominates. From FB to Twitter to You Tube, he has it down.

Trump dominates on the web. A true entertainer, he is simply entertaining to watch–love him or hate him, and has a bigger presence online than Hillary.

MOST EFFECTIVE USE OF MAINSTREAM MEDIA
Hillary

MOST EFFECTIVE USE OF ALTERNATIVE MEDIA
Trump

From You Tube to bloggers and independent media leaders including Brietbart and Info Wars, Trump trounces in alternative media.

Team Hillary effectively recruits volunteers to help her team nationwide. Volunteers for her campaign have been asked to call voters from their cell phones, blocking their call before each dial. They were instructed ‘not’ to leave messages. While they should have had offices with land lines set up for callers, left messages, and not have blocked calls, at least they did better then her opponent in this regard.

Trump’s organizing team falls flat in this area. They repeatedly have failed to return communication for organizing supporters for callers,  media, and door to door campaigning, among more.

Trump smears his opponent in this area, pulling in massive numbers of supporters across the nation.

“Make America Great Again” is –whether true or not, a great slogan. Everyone remembers it.  Hillary’s is, well–forgettable.

Trump started way too soft, letting his opponent walk all over him way too many times. While he got in a few zingers, he mostly lost this one. Some say a biased moderator helped his defeat.

While tough for Trump, with another Democrat moderator, but when Trump said that Hillary should be in prison–nothing could top that.  Whether you believe she should be in prison or not, it can’t be denied that it was a wild, unpredictable statement, and unforgettable in the history of American politics.  After the Billy Bush tape leak dominating media right before this debate however, that fact lessened what could have been Trump’s landslide win for this debate.  With a flurry of charges now also against him, the ugly scale of attacks were more balanced, and and as such, this could be easily called a tie.

Bringing Bill’s accusers to the ringside, Trump dominated this one, getting Hillary back– for her Vice Presidential running mate’s bad behavior of interrupting Pence– by being much more aggressive and even confronting the media,  who he has publicly scolded. He dominated in the first round, but then lost a little steam, as Hillary pulled ahead closer, keeping a steady pace. Still-Trump mostly beat her, helped by a Fox News moderator who was non biased.

Even Democrats gave Pence credit for sounding intelligent, and coming off as genuine and professional here. Kaine however–showing himself to the world for the first time in a big way, came off poorly; interrupting terribly, and even yelling on instances.

From Trump’s sexist comments against women from years ago, to Hillary’s e-mail scandals among more, both have effectively smeared each other in various terrible ways. Had Wikileaks or the Billy Bush tape not leaked, the fight may have stayed standing, but instead, it dropped to the ground with both sides fighting for blood.

Some still suggest both candidates are secretly still friends (as noted in the photo above when they were still pals), and that the election is rigged not for Hillary against Trump, but for Hillary and Trump against Trump. While this seemed plausible in the conspiracy world at first, as things progressed, it seemed highly unlikely. If so, both sides deserve an Oscar nomination for the most convincing characters in the Drama category.

No matter what is real in the murky and crazy world of Washington, all we can know is that whatever happens, we will all still be just fine. And we here at The Hollywood Sentinel can be thankful that we work here in Hollywood–where things are nice and normal compared to Washington D.C.

SEND US YOUR COMMENTS

What about you? Did we get it right? Do you agree or disagree? Send us who you think leads in each category and why, and tell us who you are voting for and why.  (Use the contact form found in the table of contents at the left of the page on your computer). We just may publish your letter right here in the next issue of The Hollywood Sentinel.

LEGAL: While we reserve the right to not publish, publish, or edit any letters to us, and may omit words for the sake of space, we will not alter any words and will not omit any words which could alter the spirit of the intent. All letters become the physical and intellectual property of The Hollywood Sentinel. Your submission of any letter or content to us is a legally binding agreement to this disclosure.

The Hollywood Sentinel reports only the good news, and is published every Monday, with daily updates on select pages, so do visit often! Explore all of the pages via the table of contents tab to the left of this page. Contact us at the contact page to the left. And please be sure to visit and support our advertisers who help make this free public service news and educational site possible.  The Hollywood Sentinel is read by many of the most rich, famous and powerful people on the planet. Enjoy the new issue! 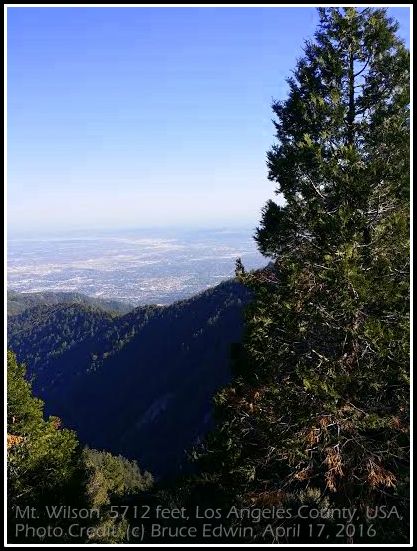 This life we have been given is truly amazing. We create what we want. If you want to fly across the world, you can make some money, buy a plane ticket, and do it. You can even make a whole lot of money, and buy your own plane if you really want to.   If you want to write a book, make a song, dance, or paint a picture, you can do that.

If you want to fall in love, you can be loving, meet someone, and fall in love. You can make money, buy a house, and live your dream. The only thing stopping you is you. If you feel stopped, look at what you tell yourself and what others tell you. Validate your self work, and do not tolerate others who do not tolerate you or your dreams. Dream bigger every day.

The Art of Success–is truly then, the manner of correct thinking. All success begins with action, and all action starts with thought. If your thinking is off, your action will be either non-existent, or worse–incorrect action. The first key to success therefore, is knowledge. A very simplistic outline of success could look as follows;

I wish you great success! Questions or comments may be addressed to me through the contact form on this site.

This content is copyright, 2016, Hollywood Sentinel, Bruce Edwin. All rights reserved. The Hollywood Sentinel makes no claims regarding any product or service advertised and assumes no responsibility therewith.