Once criticized as a young model, Dua Lipa overcame and crushed rejection to rise to the top, dominating the music industry to become the greatest pop star in the world.

The London-born child of Kosovar parents, Dua Lipa has had years of #1 hit singles, sold out shows worldwide, and achieved record-breaking streaming figures. In near record time, she has become the biggest breakout artist in the world. 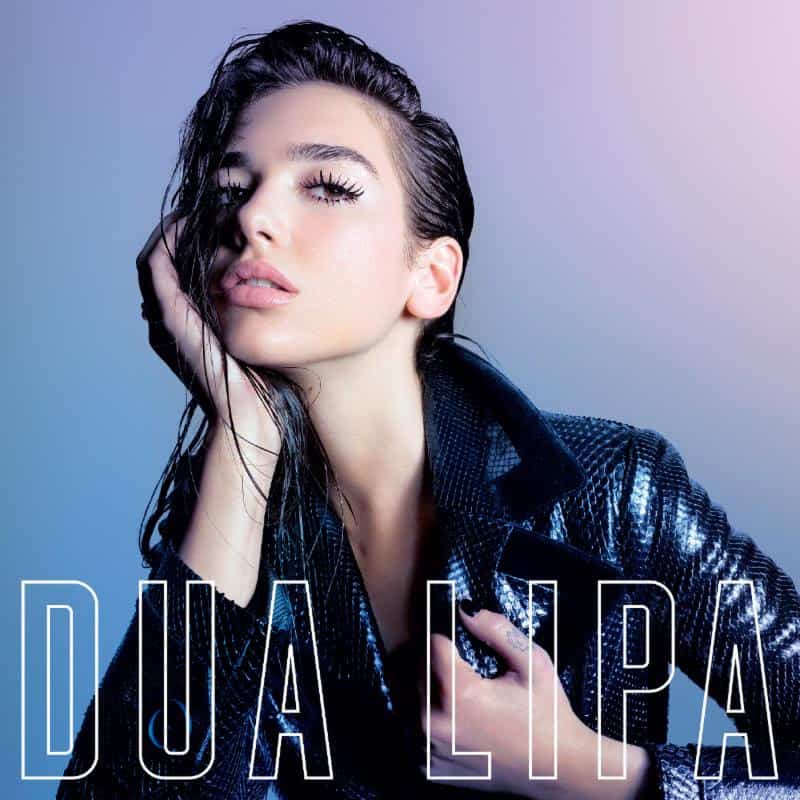 Dua Lipa became the #1 most streamed female artist on Spotify, and is the first and only female artist in history to have 4 lead songs with over 500 Million Spotify streams.  Earlier, her music spent 8 weeks at #1 in the UK with her million plus selling hit “One Kiss” – the most weeks at number one for a female artist this century.

Dua is also the youngest solo female artist to ever reach 1 billion views on YouTube for her earlier smash hit single “New Rules”, which spent a record breaking 45 weeks on the U.S. pop songs chart.

Dua broke yet another record as early as 2018, when she received two BRIT Awards after being nominated in five categories, the most nominations for a female performer in the history of the BRITS, performed to 85 million people at the UEFA ChampionsLeague final and sold over 3 million albums (with more than 1 million albums sold in the U.S.) and 32 million singles worldwide.

Dua also won Best New Artist at the NME Awards, and two European Border Breakers Awards—she was one of only ten global recipients of the EBBA—including the night’s biggest prize, the “Public Choice” award, voted on by fans.

Her strong presence onstage immediately separated her from so many  emerging pop acts. But after over 3.5 million in global sales, it was her singles that rapidly established her as a global star.  Back with its release, “Be the One” reached the Top Ten in a dozen European territories, “Hotter Than Hell” hit the Top Twenty in the UK, and “Blow Your Mind (Mwah)” climbed into Billboard’s Top 25 in the US. All of this, before even putting out her first album.

Musical Influence From Her Father

Before Dua was born, her father was a pop star in his native Kosovo. Growing up, she absorbed the music of his favorite artists—Radiohead, Oasis, Stereophonics, and Sting among others. Meanwhile, she was still a regular pop-obsessed kid, singing along to Destiny’s Child and S Club 7, and especially Nelly and Pink. Those singers stood out, she says, for their “coolness and honesty—it was pop music, but there was something real about it.”

She attended the Sylvia Young Theater School until she was 11, when she and her family moved back to Kosovo, a country which she considers much more complex than its war-torn image. “Kosovo is changing and evolving so much,” she says. “It’s still very poor, there’s lot of places that are really run-down, but every time I go back there’s something new and better happening. There’s so much talent there, and people are starting to find out about it.”

Encouraged by a teacher who would make her perform Alicia Keys and Toni Braxton hits in school, Dua Lipa began to think about singing—which had always been her “playground dream”—more seriously, and convinced her parents to let her move back to London when she was just 15. Living with friends, she made it through high school, but failed her first year of A Levels as partying took priority over attendance.

She was too ashamed to tell her friends and admits, “I felt so bad, I just wanted to cover it up.”  Not accepting defeat, she decided to turn things around, and Dua applied the same tenacity that has propelled her career ever since: She found an intensive one-year study program, got straight A’s, and was accepted into four universities. Though she wanted to prove that she could meet these academic challenges, her commitment to her music and her vision never wavered.

“I always told myself never to have a plan B – I feel like that’s also one of the reasons I’m doing what I’m doing now, because I have never thought about doing anything else.”

Dua was working in a restaurant, recording covers and posting them on social media, trying to find a way into the music business, when she was noticed on the street by a modeling agency. “Some of my friends were doing it,” she says. “But I was never put up for any good jobs, just random salons and whatever.”

One of the most beautiful women on the planet, physically perfect in every way, Dua Lipa was insanely told back in her early modeling days that she wasn’t good enough and had to change her body.

Dua admits, “They said ‘If you want to do this properly, you need to lose a lot of weight.’ I tried to do it at first, but it made me very unhappy and caused me a lot of issues, a lot of body confidence problems. Modeling sounds so glamorous, but it really wasn’t a successful thing for me.”

Spreading Self-Love and Self-Respect For Women

Dua adds, “Every woman should have the privilege to love their body and feel sexy just the way they are,” she continues. “Being able to spread that message and to support all my girls who need to be told they’re f-ing hot and that they don’t need to change for anyone inspires me and makes me feel I am exactly where I need to be.”

One thing the agency did accomplish, however, was securing Dua an audition for a commercial for The X Factor—and when her voice appeared in the ad, she eventually drew the attention of a management team working with Lana Del Rey. She then signed a deal that allowed her to quit the restaurant and go from working on demos in her spare moments to focusing on recording.

A dominant force not only on the airwaves and streamers, Dua Lipa crushes it live, selling out massive stadiums globally. Regarding performing live, Dua states, “I can really be creative and let loose onstage,” she says. “Be really free, just go for it and enjoy it, and get lost in what I’m doing.”

One of the most emotional experiences in Dua Lipa’s earliest part of her rise to the top was her triumphant return to Kosovo for a concert there.  Dua needed a police escort to get from her family’s residence to the venue as 18,000 fans descended on the area.  “It was the craziest moment of my life,” she says. “Just so insane and so much fun!”

She used the proceeds from the homecoming show to create the Sunny Hill Foundation, named for the neighborhood where her parents reside. “We’re going to give to different charities every month for the youth of Kosovo,” she says. “I just want to do my part, because they’ve done so much for me there.”

This kind of hands-on involvement carries over to Dua’s relationship with her fans, including close communication on social media and collaborations with her followers on merchandise design. A small group of dedicated Twitter followers rapidly grew into a community too big to keep up with as much as she would like. “We talk about all kinds of things on Twitter, though it’s getting harder now to reply to everything,” she says. “They can tell my moods from my tweets—they ask if I’m feeling OK.”

The Hollywood Sentinel states, “Dua Lipa is unquestionably the greatest pop star in the world right now. When it comes to pop, there’s just no one better right now. She has it all. A phenomenal, rich, dynamic voice, brilliant songwriting, killer hooks, perfect production, a great image, a perfect look, everything. And as a young artist that rose to fame from the digital / streamer / online world, she never had to resort to cheap publicity stunts like so many pop stars before her. She’s just brilliant.”

Growing not only as a human being, Dua has grown artistically as well. “I’ve grown a lot as a writer,” Dua says. “It used to take me a really long time to write a song, but now it’s easier to be more open and say what I’m thinking without having to filter or hide from the people I’m in the room with. Just learning who I am and being able to tell a story.”  And my, what a story it is.

Images, press and music used with permission with kind courtesy of the publicity department and Warner Music.