Known for some very sexy roles in her rapidly growing filmography, Alicia Vikander won Best Performance by an Actress in a Supporting Role for the lauded film The Danish Girl, in which she has a lesbian affair with a married woman. Alicia answers questions backstage the Oscars about her big win, as follows;

Question: Congratulations, Alicia. Congratulations once again. Do you feel that your success and the success with THE DANISH GIRL will open the door for additional LGBT stories to be told in Hollywood?

Alicia: I definitely hope so. I came on this film only two years ago and I know that this was not an easy film to get made and it has been almost 15 years that one of our producers, Gail, had worked on it and to see kind of the cultural change with just me over the years since I actually finished the film with, I don’t know, with Caitlyn Jenner coming out, with TRANSPARENT and TANGERINE, it’s like a social change and I just wish that ‑‑ in the same way that this film has been so educational for me and with so many people that I got to meet and in preparation for it I hope that it can open up an even wider conversation, if our film can be a part of that discussion. 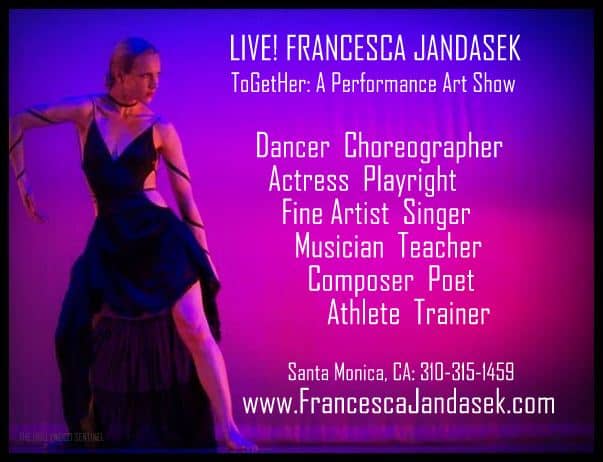 Question: What does this mean for you personally and for your career?

Alicia: (…) this is a celebration of film and the people behind it, so I’m just really honored that I was invited to be part of this thing tonight, and to get this is just beyond anything I would ever imagine. I never thought from back home that I would do films in English. I didn’t know that you could as a foreign actress really. And, I don’t know, I think if I can continue to work, that would be great.

Question: What piece of advice would you give to young girls around the world?

Alicia: I don’t know. I actually on stage said to my parents who were there and who have always told me, like, you can actually do it and it has been so many doubts and they are still there and I guess because there’s some people who have really (…) Well, what I mean is that apparently a lot of things canhttp://hollywoodsentinel.com/wp-admin/users.php be possible, things that I would never, ever, ever have believed in and that is only because I have had some incredible women supporting me so that is probably what I wanted to say to some young girls, just keep on doing it (…) In her acceptance speech, she thanked among others “my mom and dad. Thank you for giving me the belief that anything can happen, even though I would never have believed this. Thank you.”

This content is Copyright 2016 Academy of Motion Picture Arts and Sciences (A.M.P.A.S.®), all world rights reserved.

We have seen Leonardo DiCaprio grow up on screen, as that teen heart throb that all the girls had a crush on, which most guys found annoying, to a total stud that has proven to be one of the best actors of our time. As if that were not enough, he is a beautiful soul, caring about the importance of our planet. As such, we give you here a part of his acceptance speech for Best Actor for his Win for “Revenant.”

Leonardo DiCaprio states, Revenant was about man’s relationship to the natural world, a world that we collectively felt in 2015 as the hottest year in recorded history. Our production needed to move to the southern tip of this planet just to be able to find snow. Climate change is real. It is happening right now. It is the most urgent threat facing our entire species, and we need to work collectively together and stop procrastinating. We need to support leaders around the world who do not speak for the big polluters or the big corporations, but who speak for all of humanity, for the indigenous people of the world, for the billions and billions of underprivileged people who will be most affected by this, for our children’s children, and for those people out there whose voices have been drowned out by the politics of greed. I thank you all for this amazing award tonight. Let us not take this planet for granted. I do not take tonight for granted. Thank you so very much.”

This above content is Copyright 2016 Academy of Motion Picture Arts and Sciences. A.M.P.A.S.®, all world rights reserved. 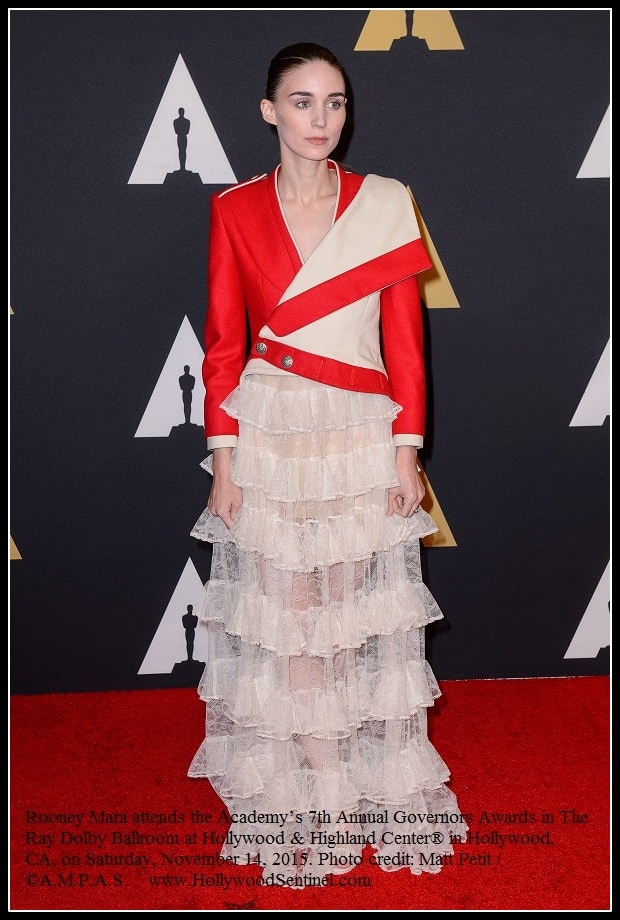 Rooney Mara dominates on the red carpet at the Academy’s 7th Annual Governors Awards, in a stunningly great dress. The beautiful star burst on to the Hollywood scene in the biggest way, with the dark and edgy “The Girl with the Dragon Tattoo” franchise, and has proven her massive talent since, back this year with the Oscar nominated “Carol,” for which she is nominated for an Oscar for best supporting actress. 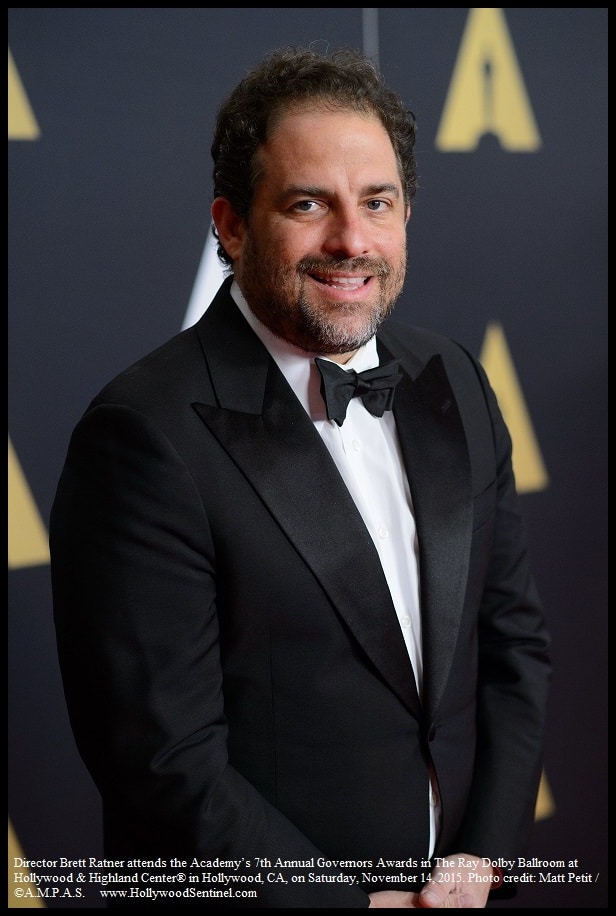 Actor in a Leading Role

Actor in a Supporting Role

Actress in a Leading Role

Actress in a Supporting Role

Inside Out: Pete Docter and Jonas Rivera

Boy and the World

When Marnie Was There

Embrace of the Serpent

A Girl in the River: The Price of Forgiveness: Sharmeen Obaid-Chinoy

Chau, beyond the Lines

Claude Lanzmann: Spectres of the Shoah

The Look of Silence

We Can’t Live without Cosmos

Everything Will Be Okay (Alles Wird Gut)

Spectre: “Writing’s On The Wall” from Spectre; Music and Lyric by Jimmy Napes and Sam Smith

“Earned It” from Fifty Shades of Grey; Music and Lyric by The Weeknd, Ahmad Balshe, Jason Quenneville and Stephan Moccio

“Simple Song #3” from Youth; Music and Lyric by David Lang

“Til It Happens To You” from The Hunting Ground; Music and Lyric by Diane Warren and Lady Gaga

The Big Short: Screenplay by Charles Randolph and Adam McKay

The Academy of Motion Picture Arts and Sciences today announced that 10 animated short films will advance in the voting process for the 88th Academy Awards®.  Sixty pictures had originally qualified in the category.

The 10 films are listed below in alphabetical order by title, with their production companies:

“If I Was God…,” Cordell Barker, director (National Film Board of Canada)

“An Object at Rest,” Seth Boyden, director (California Institute of the Arts)

Members of the Short Films and Feature Animation Branch viewed all the eligible entries for the preliminary round of voting.

Short Films and Feature Animation Branch members will now select five nominees from among the 10 titles on the shortlist.
Branch screenings will be held in Los Angeles, London, New York and San Francisco in December.

The 88th Academy Awards nominations will be announced live on Thursday, January 14, 2016, at 5:30 a.m. PT at the Academy’s Samuel Goldwyn Theater in Beverly Hills.

Feeling the Matriarchy with Aizhan LighG